Rich and I just came in from performing the nightly barn chores: feed, water, hay, etc. He filled some extra buckets with water and put them in the heated shop in preparation for the below zero weather that is coming tomorrow. Rich went up to do his time on the stationary bike (I did mine just before he came home for dinner) and this seemed the perfect time to settle down with a cup of tea and update the blog.

I have the nightly news on television in the background and I just heard the weather person say that our county is still on a Level 1 snow emergency and driving is a bit hazardous. He suggested that maybe we should stay home unless we had to go out. Oops! I went out this afternoon to meet some friends for lunch. Probably not absolutely necessary, but enjoyable. I met with my friend, Debbie, who is still teaching but had today off for Martin Luther King Day, and Linda, who retired from teaching last spring at the same time I did. Socializing with my colleagues is probably the thing I miss most about teaching. I was so lucky to work with great teachers who are also easy to get along with. We had a great staff.

Saturday, Rich and I went down to watch our grandson, Max, play basketball. It was the only game all season that was scheduled for a Saturday and we didn't want to miss the opportunity to see him play. It was an exciting game and Max (#4)  helped the team win with one basket and diligent fending off of the opposition. Attending a seventh grade game with the cheerleaders and cheering students was reminiscent of my years spent teaching middle school. 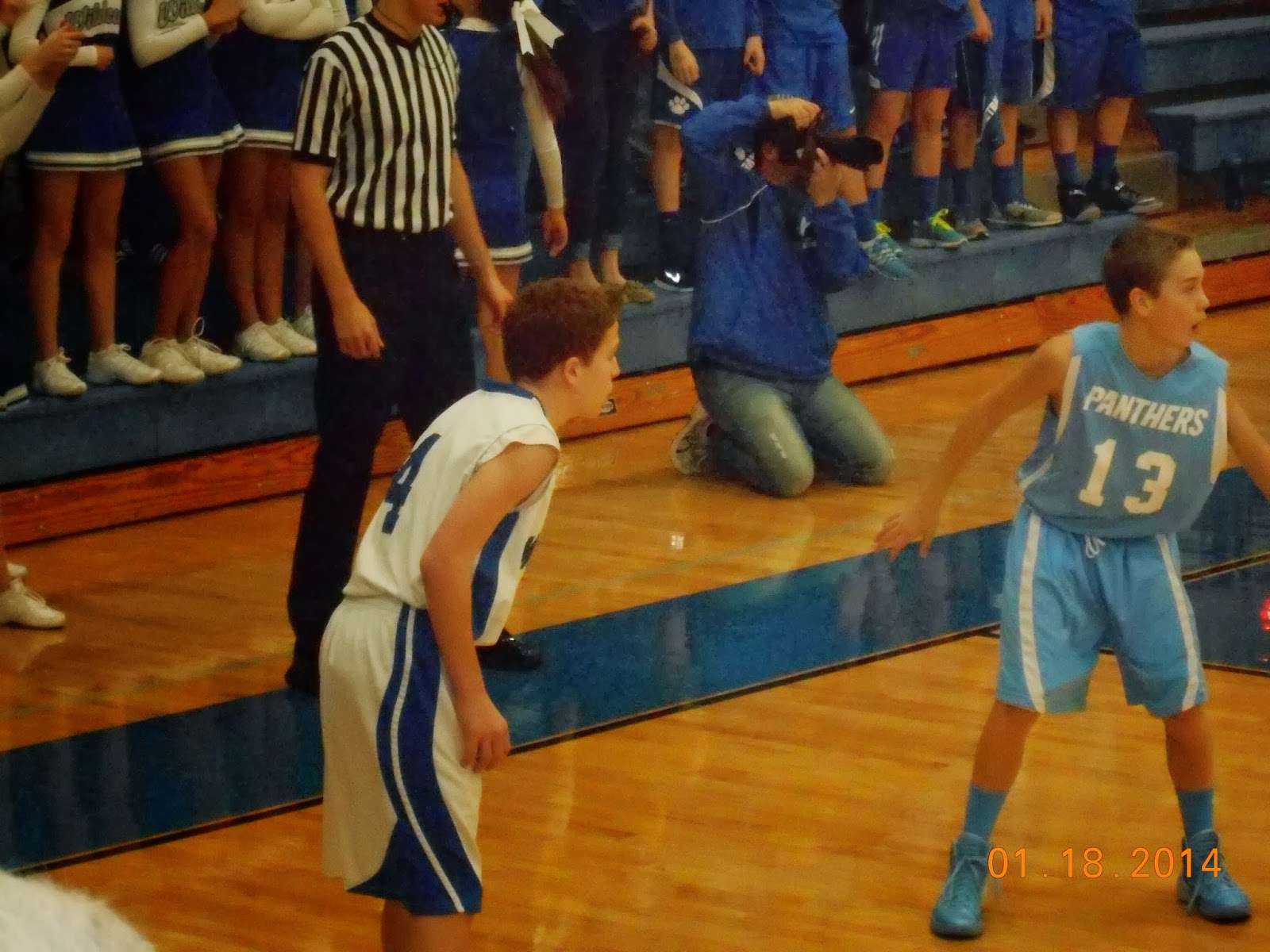 Sunday afternoon, we took Rich's mom to calling hours at the local funeral home. The mother of one of Rich's oldest friends died. She had also been friends with my mother-in-law for over 57 years. They met as young mothers when they joined the Mother's Club. The whole bunch are still meeting regularly after all these years. It's rare to have a group of women friends that hang together that long in this day and age.

An update on little Brutus...he has figured out that when he and Asterius, who is a month older and much bigger, are playing and the bigger boy gets a little too rough, all he has to do is run to one of his sisters, turn and puff air at Asterius. Whichever sister, Mango or Leezza, is his protector at the moment also puffs an air spit and Asterius backs off. Brilliant! Brutus is a smart little guy. 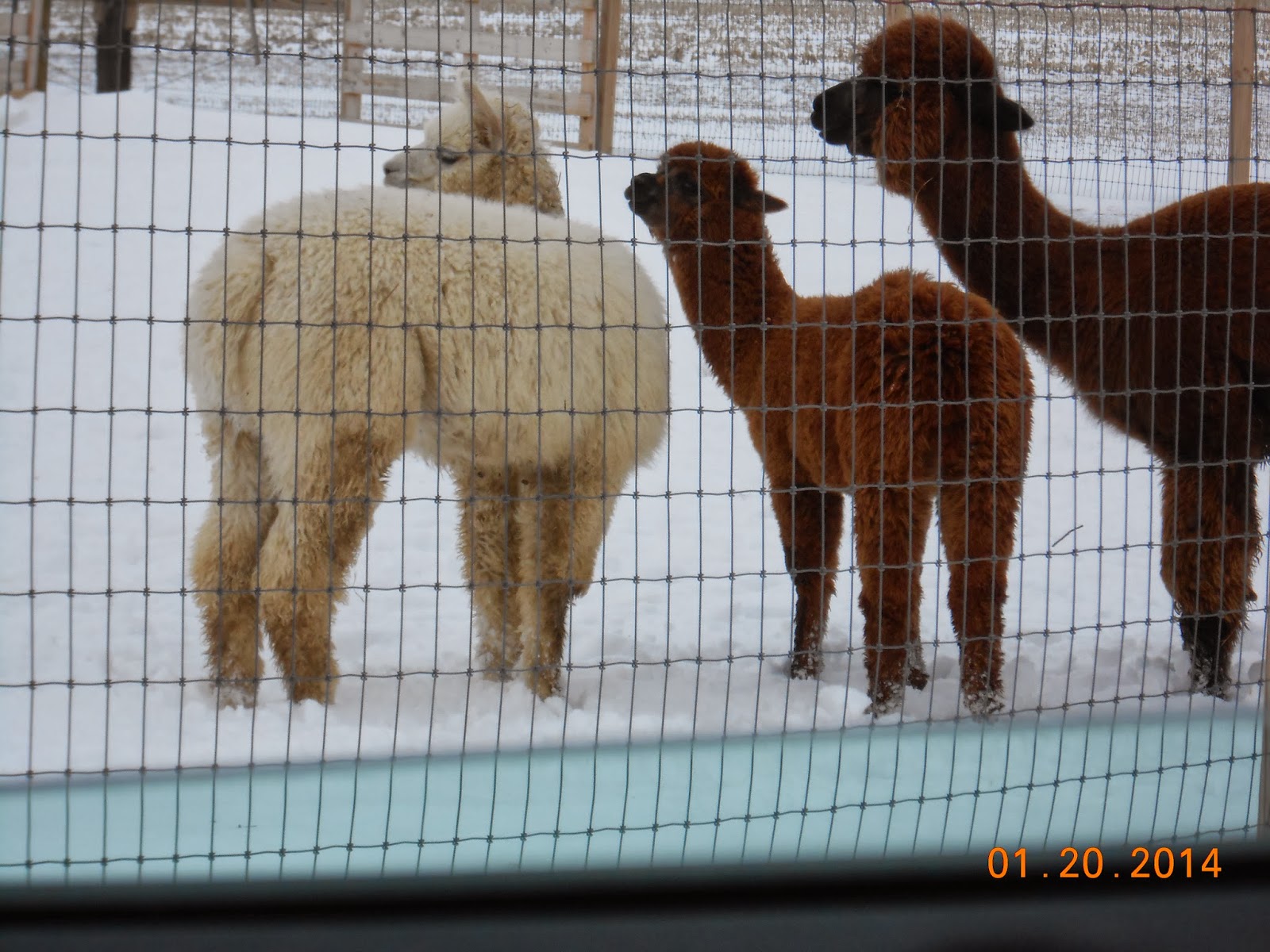 I witnessed this behavior several times this morning when I was out there watching them play. At first I didn't believe what I was seeing. I thought maybe it was a one time off occurrence. But Brutus repeated this several times, first running up to Asterius to encourage him to play and then when the going got rough, Brutus ran to the nearest big sister. I couldn't help but laugh at the ingenuity of the little guy. 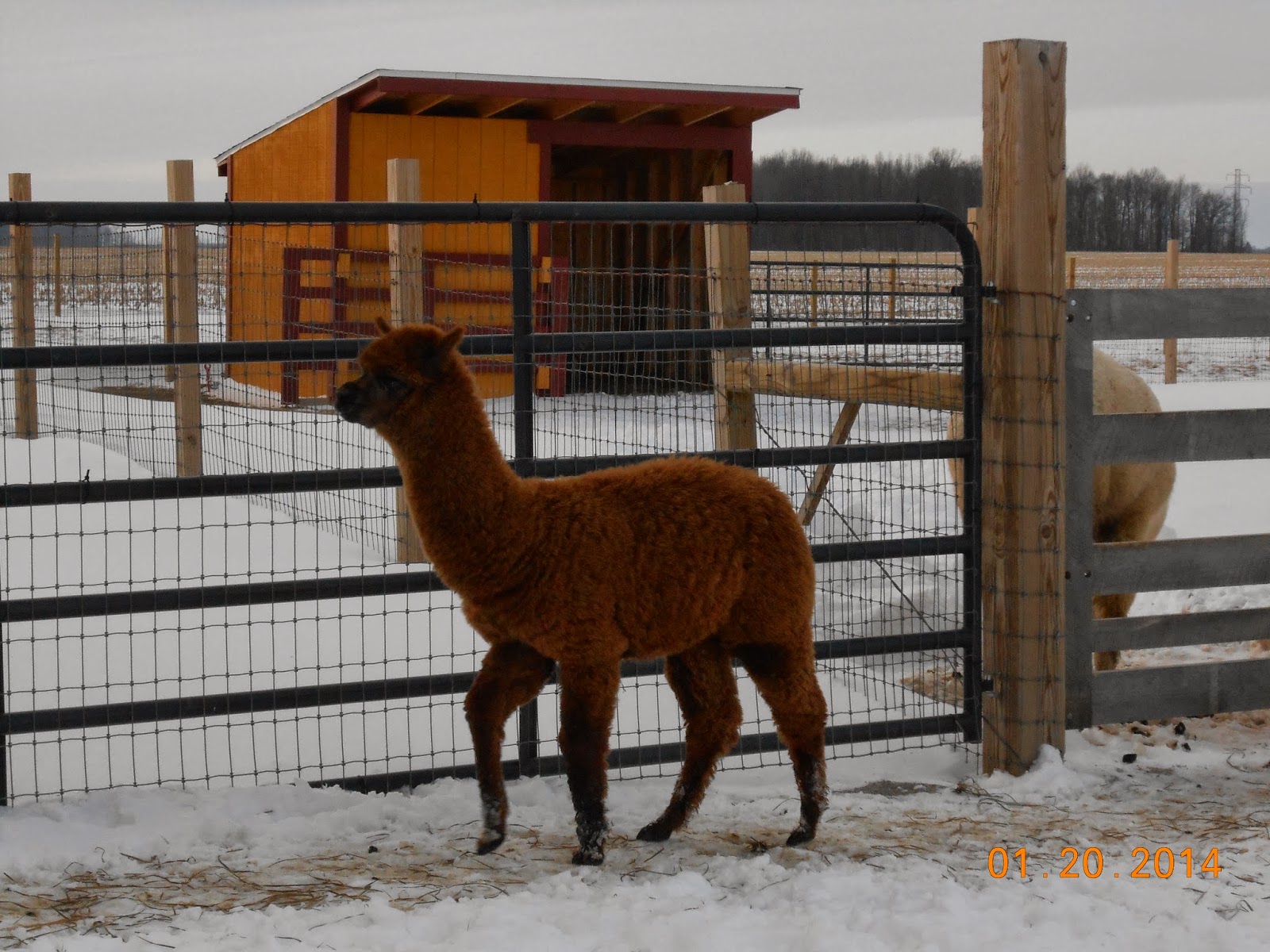 Brutus is still the first one to run into the barn when he sees us inside filling the feed troughs. 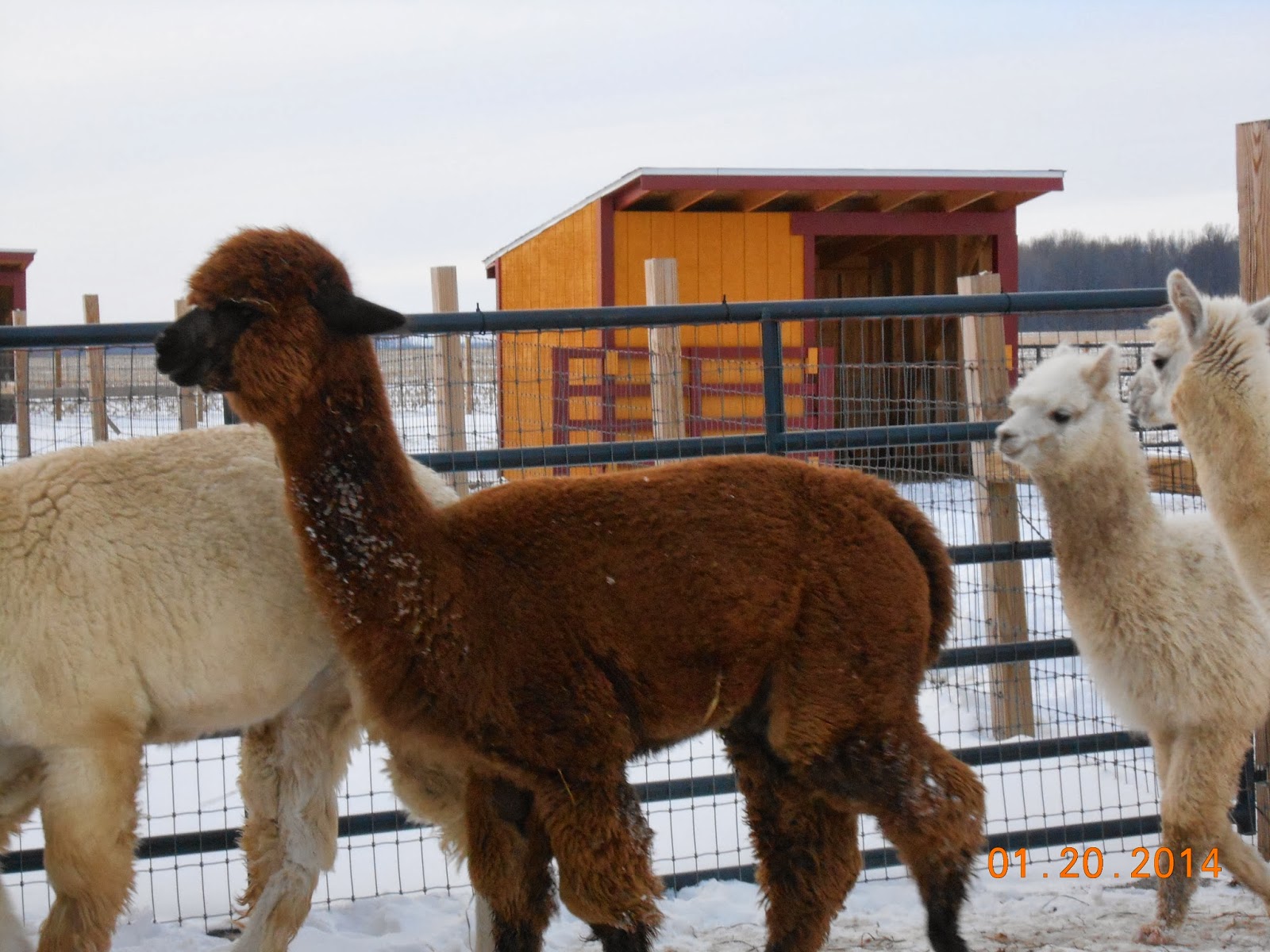 The others usually aren't far behind.

Yesterday I finished the "Braided Glory" Shawl that I started when the weather first got rough causing everything to shut down and forcing us inside. It is a project that I started because I had the yarn and pattern and needed something to keep me from going stir crazy. Today I blocked it out on the kitchen table where it will probably lay for a few days while it dries. It should be ready to wear before the weather warms up. Not likely to happen in the near future. 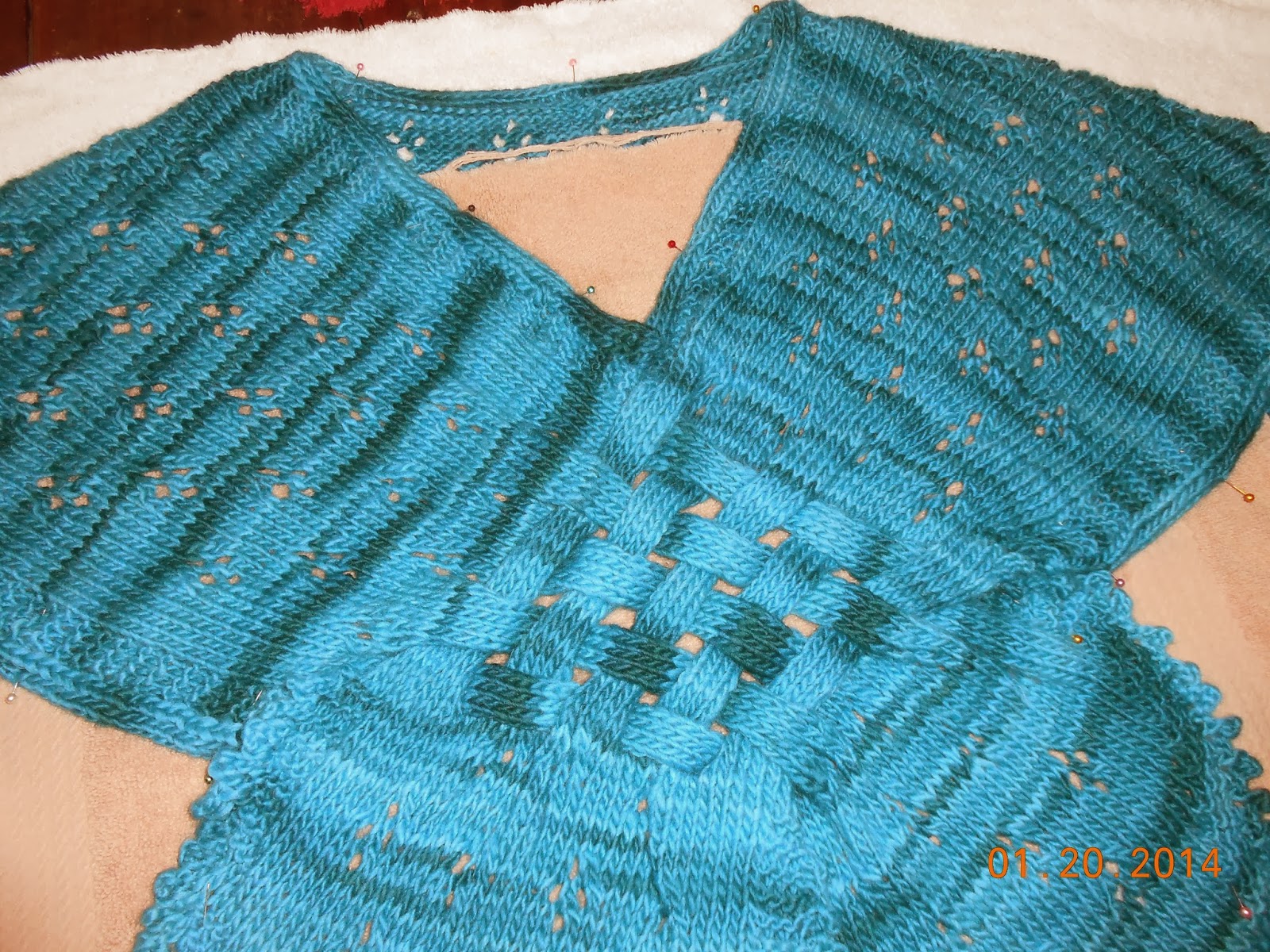 I am using the leftover skein of yarn to make a beret to match. I hadn't planned to make a hat but the three skeins of sock yarn I ordered a couple of weeks ago (shhhh! Don't tell Rich I bought more yarn) hasn't arrived yet and I need to keep busy in the evenings so I don't snack. Well, that's my excuse anyhow and I'm sticking to it! 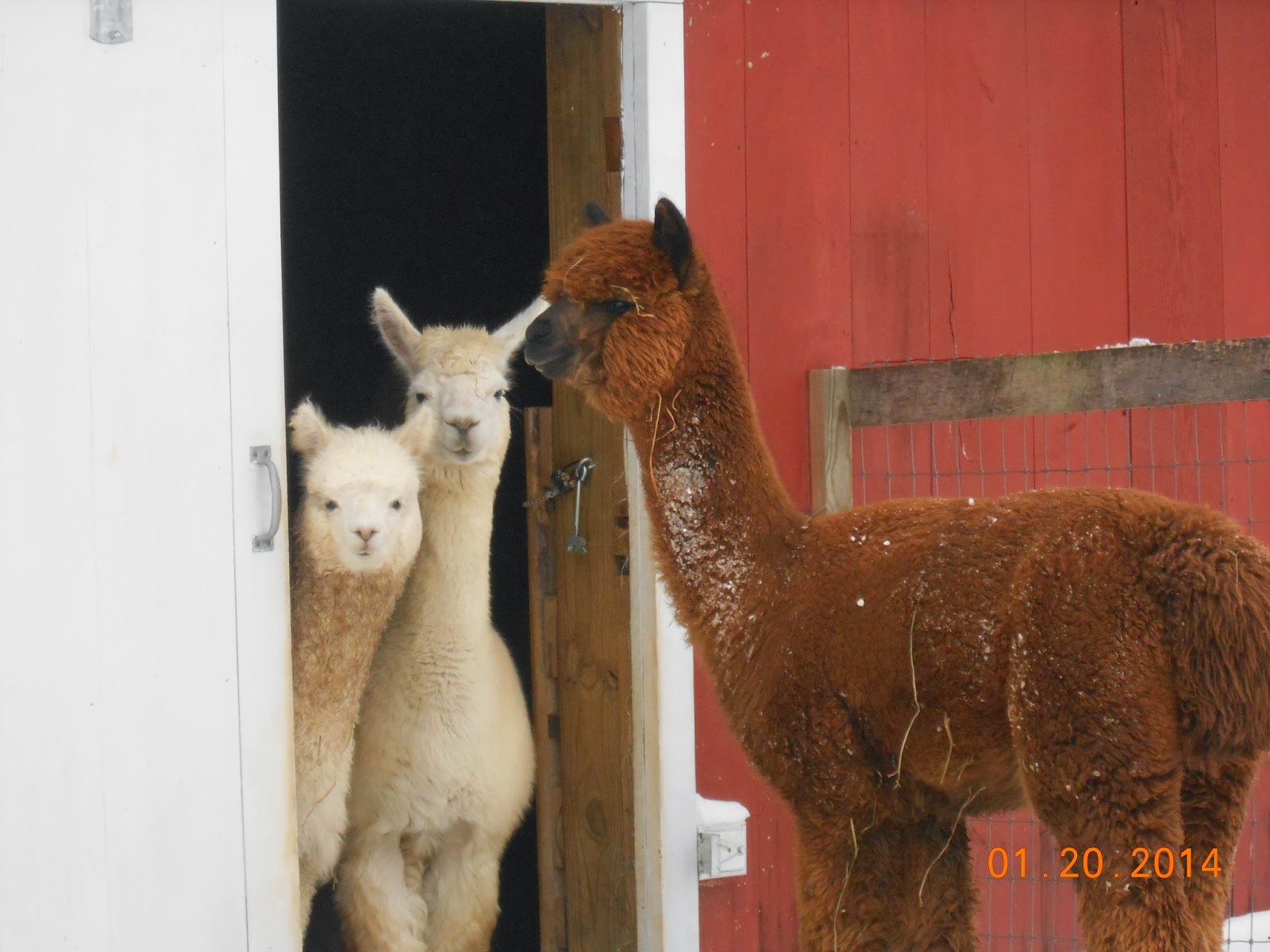