Ten degrees outside with 40-45  mile an hour wind gusts and snow on the way. Yup! Looks like a homemade pizza night instead of our usual Friday night date night. Pizza by candle light will make it a bit more romantic I guess. 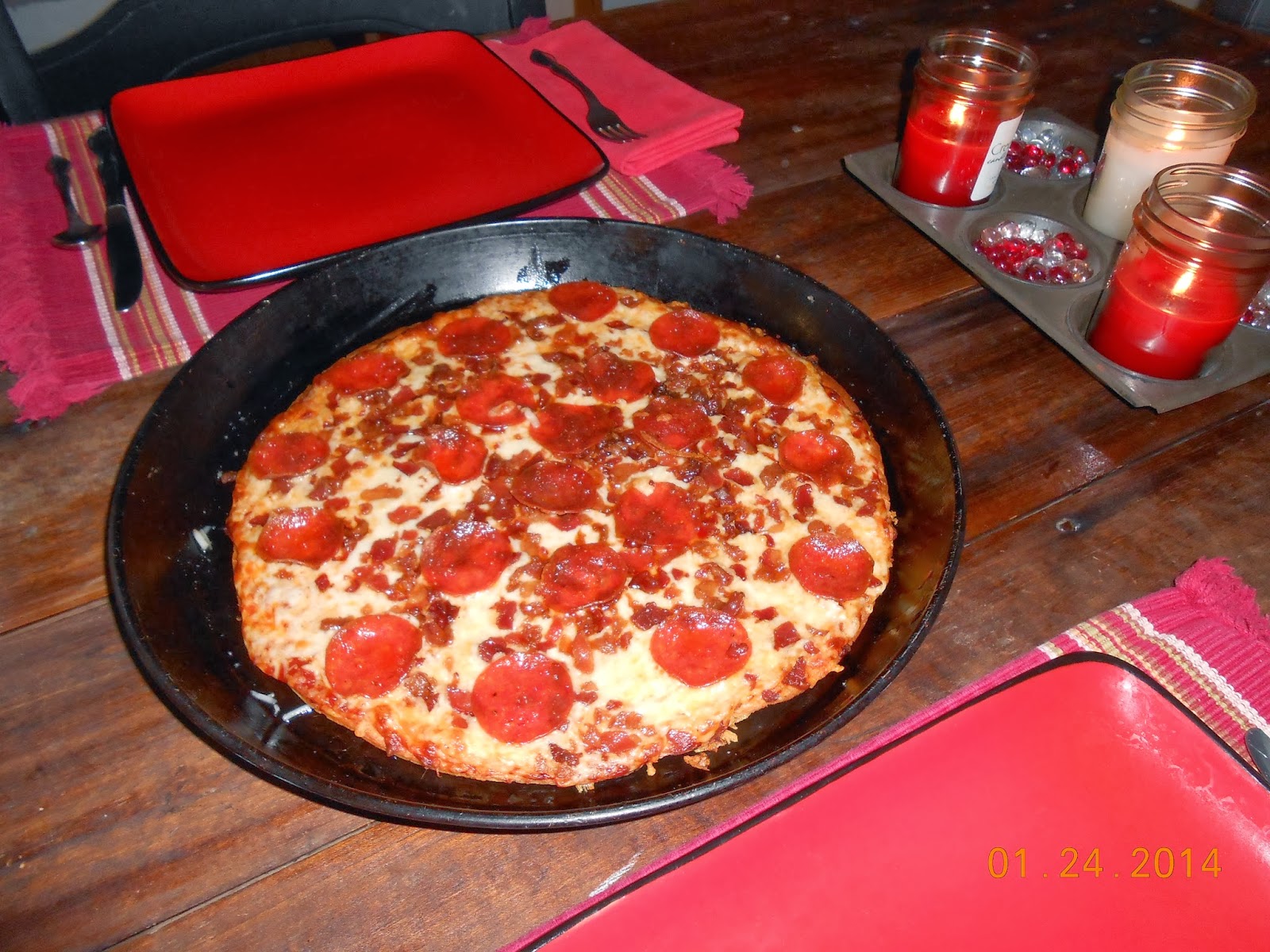 I had the vet come out late this afternoon to check out Brutus's "goopy" eye. We have been treating for infection for the past month and the eye seems to clear up then returns a week later. Dr. Brothers was on call today and I was grateful that he came out in this awful, frigid, windy weather. He examined Brutus's eye carefully and checked him out all over. His final diagnosis was that Brutus is generally healthy but could have one of two things going on with the eye. It could be an ingrown eyelash that is nearly impossible to see with our naked eye because Brutus is brown, his lashes are black and the rims of his eyes are black. There doesn't seem to be any small lumps there. Another possibility could be an underdeveloped sinus cavity that prevents the nose from draining properly and forces the gunk up and out of his eye. Either way, we just need to watch it carefully for signs of infection. Eventually he may just outgrow it.

I was glad to hear this because I really had no great desire to go out into this uber polar weather twice a day to treat Brutus's eye with any more medicines. It is so much easier just feed the animals and visually check out the eye. Brutus doesn't seem concerned with it and it surely hasn't affected his appetite or energy levels.

I don't have any new alpaca pictures today. The barn is a bit too dark for good pictures. So Callie gets to take center stage in tonight's blog. She would like that if she were aware, since she is more than a bit jealous when we pay more attention to the alpacas than to her. I knitted a doggie sweater for Callie last year. A really big doggie sweater that she didn't get to wear much because it was so mild last winter. This year it has gotten some mileage. We have put it on her so often that when I pick it up she comes running  because she knows we are going outside. I must say she does look pretty in her red, cabled sweater. The contrast between her black fur, the red sweater and the snow outside makes for a striking picture. She's a pretty girl and she knows it. 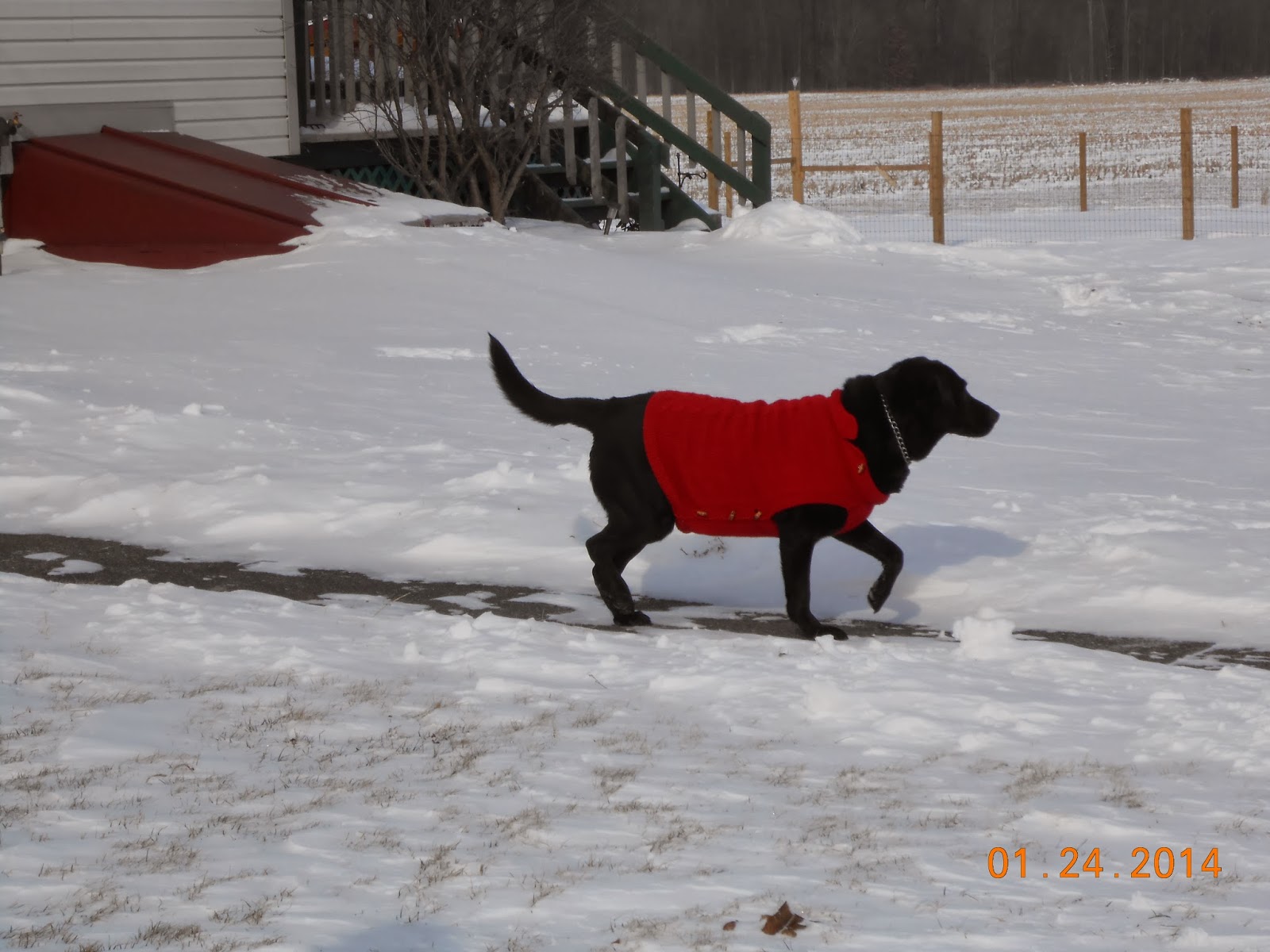 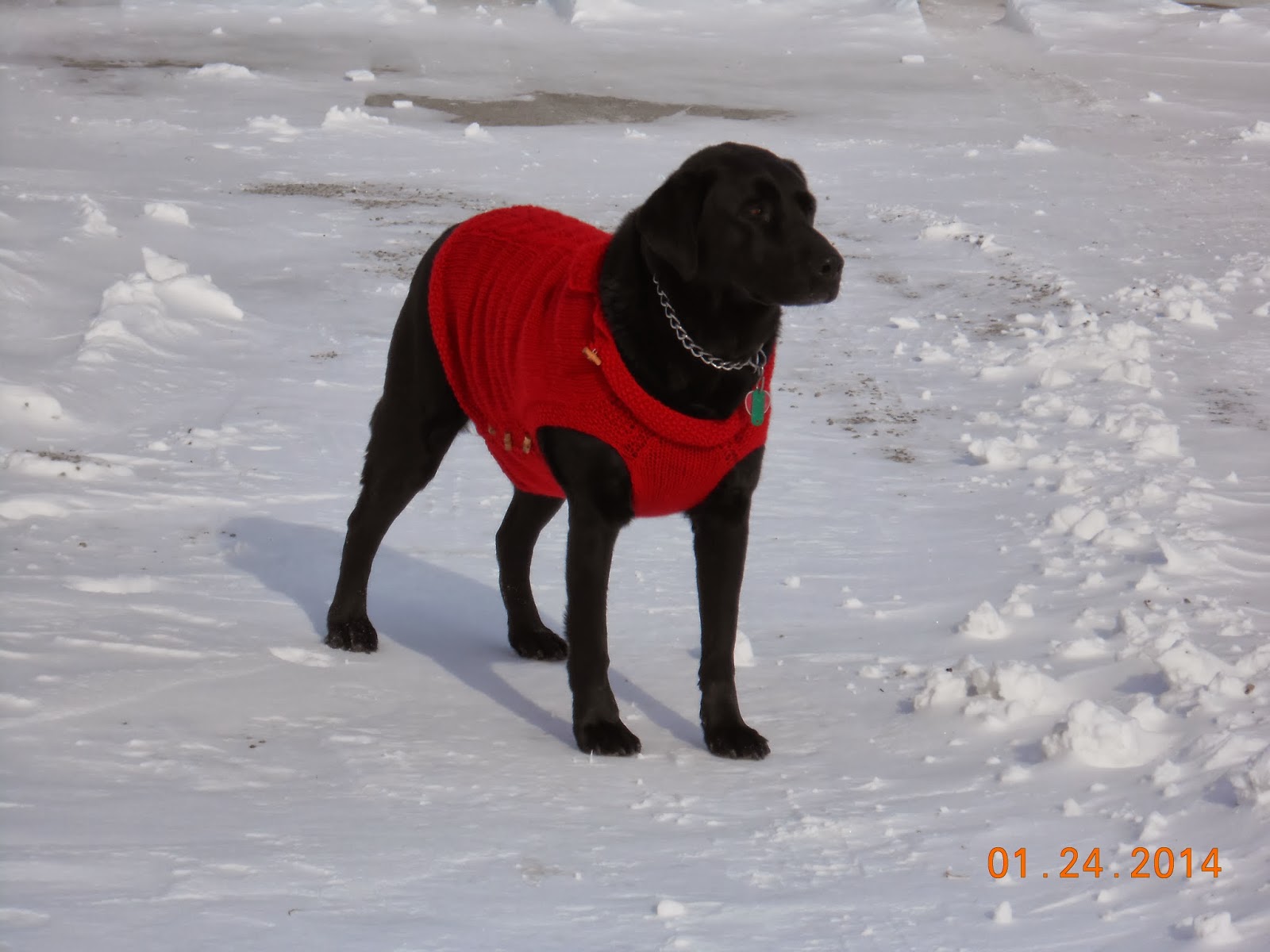 The amaryllis that my mother-in-law gave me for Christmas is in full bloom today. The brilliant, orangey-red triple flower looks very cheerful in the living room. It holds a promise of spring even if the weather outside says otherwise. 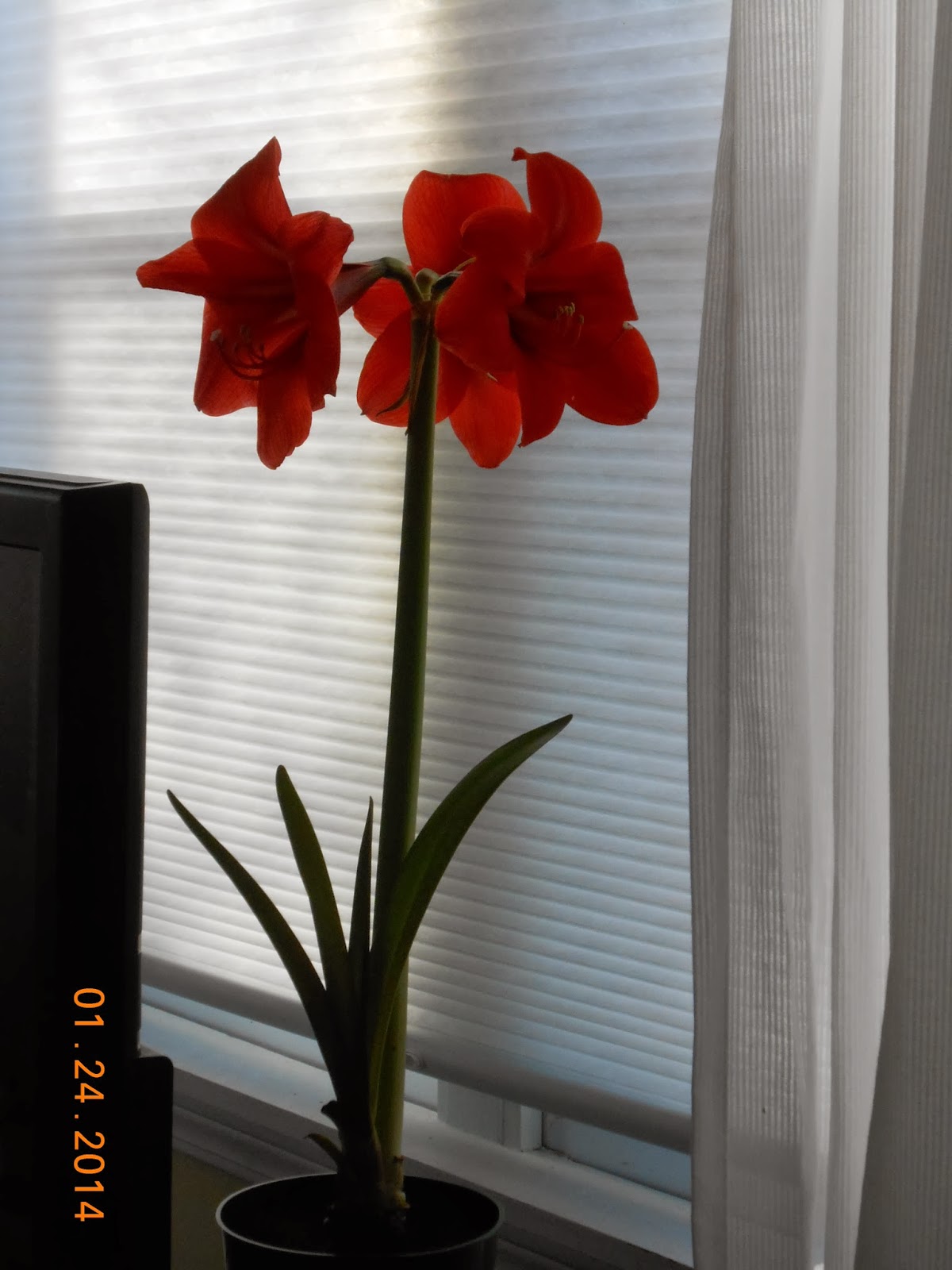