Brutus and the Bitter Weather

The weather has turned bitterly cold; -15 degrees at present with winds gusting to 35 mph. We were prepared for more snow but lucked out with only an inch more than we had before. Knowing that this was coming helped us prepare the barn and the animals. In the storage area Rich cleaned up and stowed everything out of the way that could harm a curious animal. He even raised the dividing fence and gate by another foot. This area has become Nikko's temporary living area for the duration of the record low temperatures, wind and snow. The girls and the two little boys are confined to the other half of the snug little barn. 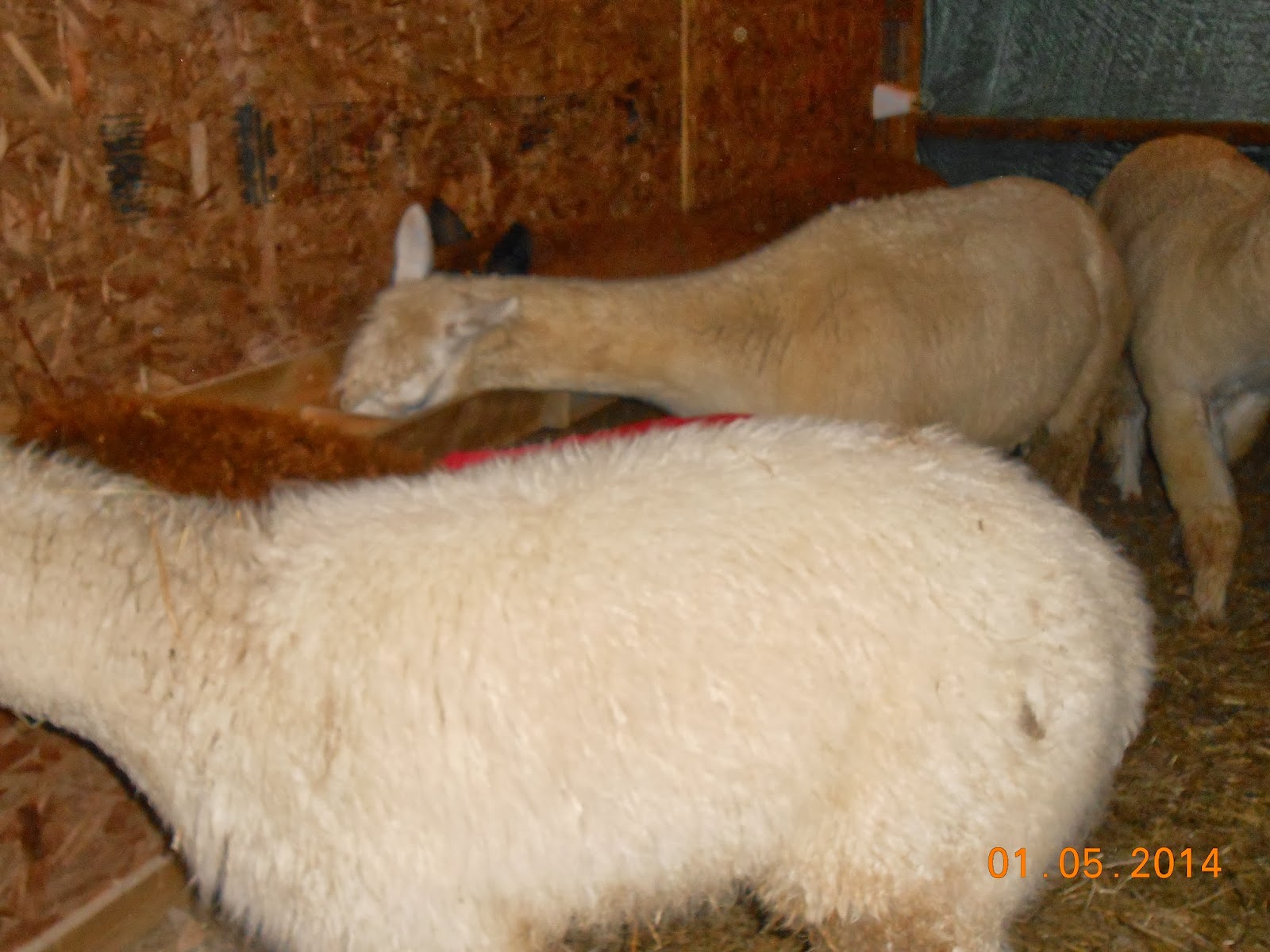 Since his mother, Firenze, died three days ago, I have been swamped with questions from caring friends on Facebook and in person about the condition of her little cria, Brutus. We have been observing him for signs of mourning as instructed by the vet; mooning about, humming in distress and most importantly, lack of appetite. I am happy to report that the little guy is the first one to the feed trough and the last one to leave it. He has been eating solid foods for the past two months and has a hearty appetite. That's Brutus, partially hidden by his chubby, month older, half-brother, Asterius! If one of the other animals tries to crowd him out he just pushes into another position further down the trough! Because of the impending nasty weather, I bought an insulated man's red coat at Walmart on Saturday afternoon. Brutus has outgrown the newborn cria coat and the next size larger that I had made out of one of Rich's old coats. He wasn't big enough yet for his mama's old coat so on Sunday morning I measured the little guy while Rich held him as he wiggled around in protest. Then I cut up the new red coat (only $30) and made Brutus a new one. He sure looks handsome, even with the duct tape band around his middle to hold it on! We have also noticed that his older half-sisters, Mango and Leezza, seem to be keeping an eye on him when he plays and when he wants to hang with them they don't kick him away like they do Asterius. Even Took, just walked away when he tried to nurse on her and didn't get forceful with him. They all seem to be looking out for the little guy but we'll keep a special eye on him for a while anyway as a precaution.

The kids seem to be doing well  confined in the barn. I know they'd rather be out romping in the pasture but when it's this windy they tend to stay inside anyway. We have to be careful to lock the barn door so Nikko doesn't escape but that's what a good farmer does anyway. It's a habit you build early on. And when we enter the barn the door can only be opened enough to squeeze inside. No problem. All of the animals are eating, drinking and doing what animals do in the barn so that when Rich goes out there he gets a bit of exercise shoveling. 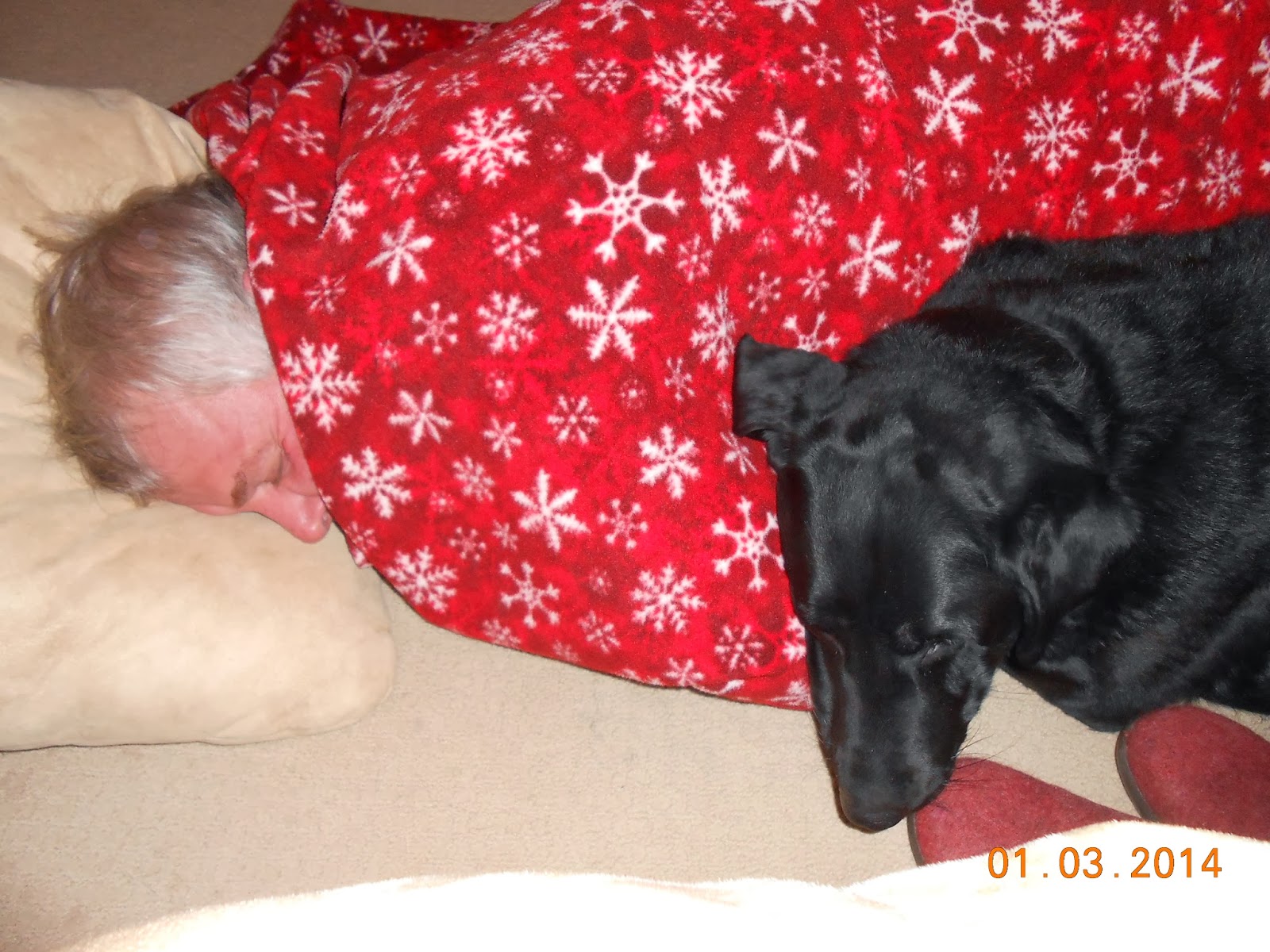 Rich and Callie, napping on the floor.

So with the animals snug in the barn and Rich, Callie and I snug in the house we ride out the storm. 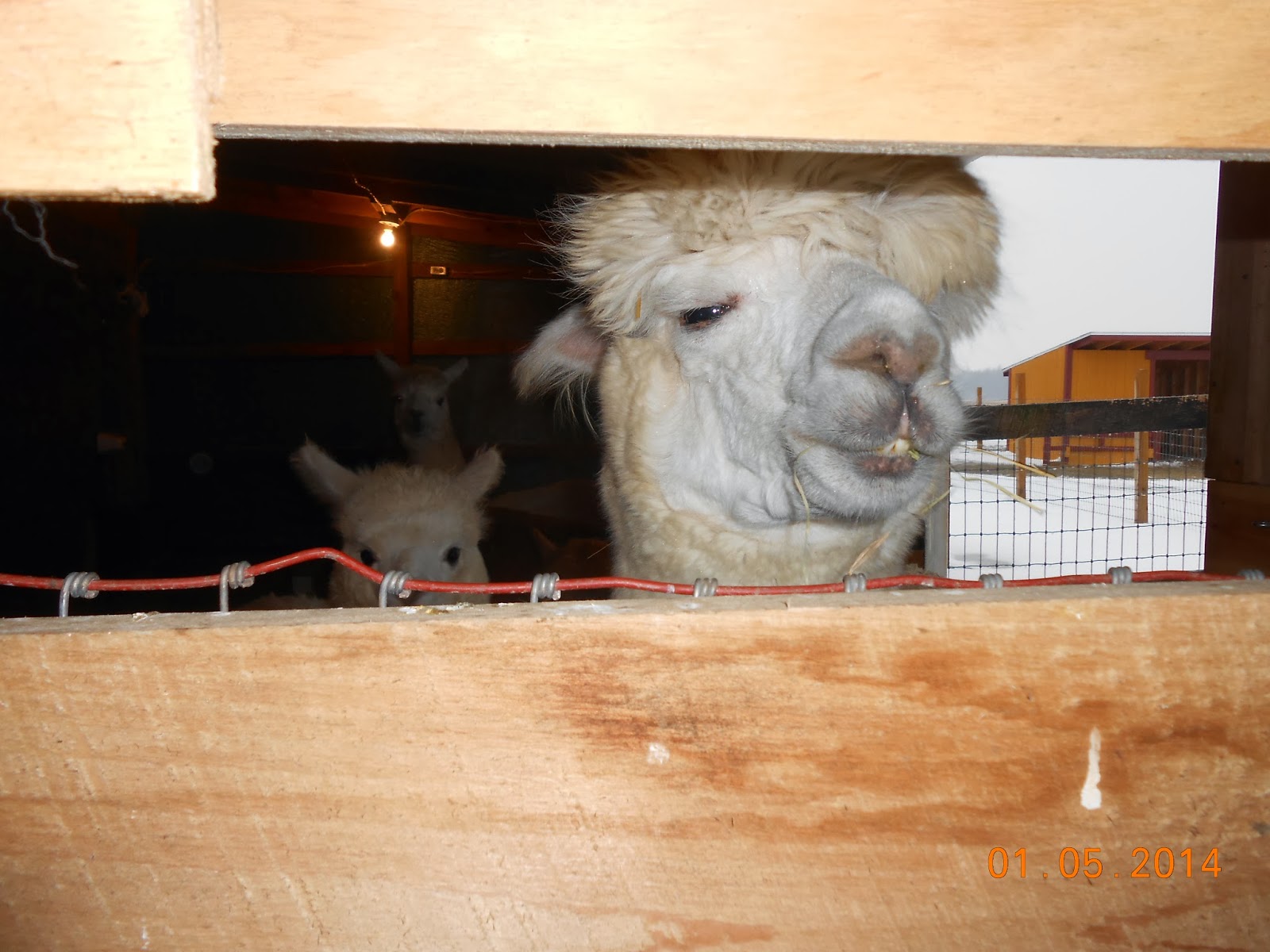 Mango w/Asterius in the background at dinner time.