The snow began as a light flurry around eight o'clock this morning and has continued to build in density and wind velocity for the past hour and a half. It is slowly adding a new coat of white to Thursday's snow and accumulating on the pavement. The weather experts have been telling us for several days now that this storm, that was originally tracked in the Pacific Ocean, is going to be a doozy for us. They have stopped short of using the "B" word. No. Not that one. The other one, blizzard. I don't know about you but when I hear 6-8" of snow with 30 mile an hour gusts of wind that sounds like a blizzard to me. The falling snow is already obscuring the view of the woods across the road and is supposed to continue like this until the wee hours of Sunday morning. 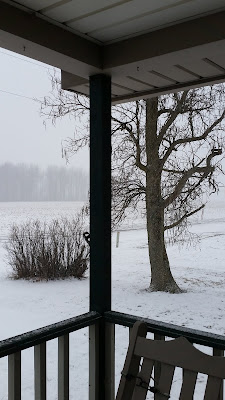 Rich bungee-ed the porch glider to the railing a few weeks back and put straw into the barns and animal "condos" the other day in preparation for more severe weather than the mild winter we've had so far. Wednesday we stocked up on the few fresh food items we needed. So the pantry and fridge are fully stocked; we have coffee and alcohol; and I have a few good books and sufficient yarn to see me through the storm. We're all set here!

Early this morning I baked oatmeal scones with cranberries and walnuts and a maple glaze for breakfast and right now I have an Italian wedding soup with those tiny sausage meatballs in it, simmering on the stove for lunch. Doesn't this weather just makes you feel like cooking and baking comfort foods? 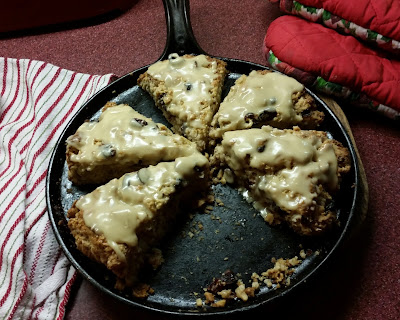 So much has happened since my last post in September. We fulfilled one of Rich's travel wishes when we went to Springfield, Illinois for a long weekend. Springfield is a charming small city known for being the place where President Lincoln lived. His house feels like a home where kids were allowed  to play alongside important statesmen who visited and were entertained there. A visit to Lincoln's tomb made me pause to think about his life and was most inspiring. 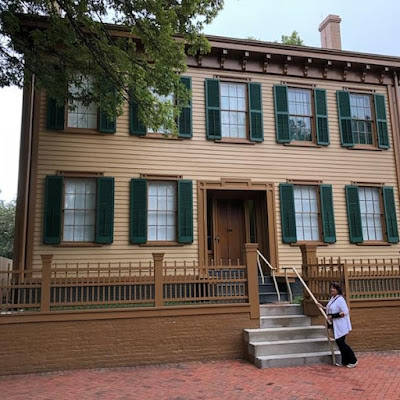 We fulfilled one of my longstanding travel wishes by going on a Viking River Cruise down the Danube River with our good friends, Dan and Karen. My favorite stops were Regensburg and Passau, Germany. These medieval towns are well preserved and mostly escaped the WWII bombing. I found it amazing to stroll up and down cobblestone streets amongst buildings that had been in existence for hundreds of years. 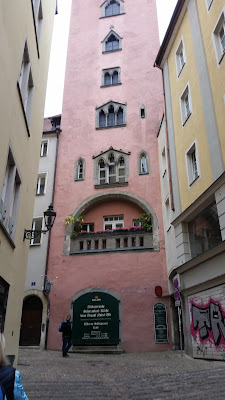 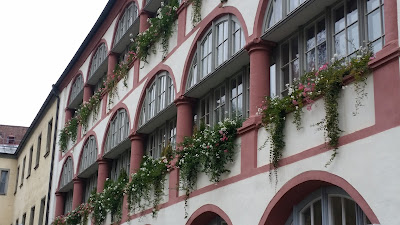 We dined on excellent foods, saw scenery that was simply amazing and, of course, drank German beer! Another highlight of our trip was a carriage ride with Dan and Karen through the streets of Vienna, Austria. My head swiveling from side to side in awe and wonder, I kept pinching myself in disbelief! 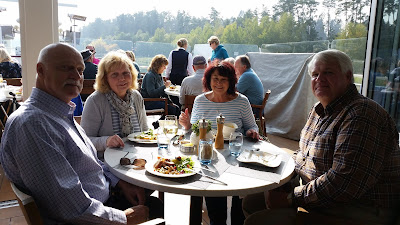 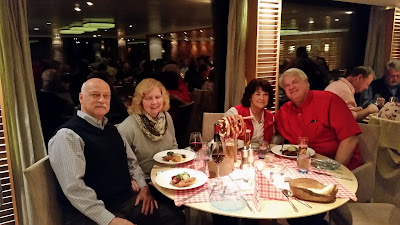 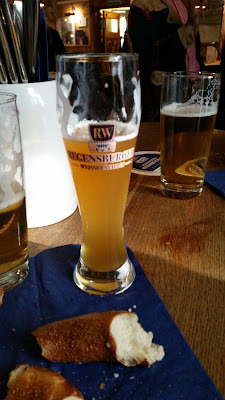 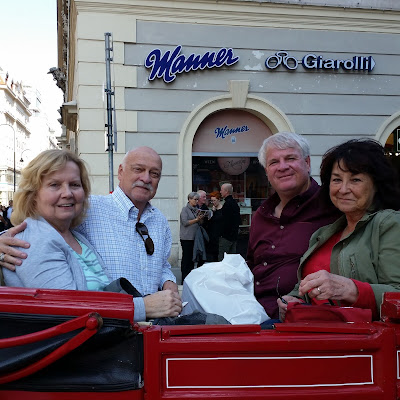 It goes without saying that Rich and I both took so many pictures that it will take a valiant effort on my part to sort and categorize them all. We so enjoyed traveling with Karen and Dan and have made so many happy memories. The Viking crew from the captain, cruise director and chef, down the ranks to the waitstaff and janitorial staff and dock hands, all contributed to making each passenger feel so pampered. It was such a wonderful experience that the four of us have booked  trip down the Rhine from Basel, Switzerland to Amsterdam, Netherlands for June of 2020!

It took Karen, Dan and I months to persuade Rich to go on this trip. I think he had reservations about overseas travel. But with a few minor glitches we navigated the airports and transfers very well on our own and left to the rest to the Viking staff's capable hands. We did so well, in fact, that we decided to visit southern Ireland on our own in September, 2019 and Rich has done all of the itinerary planning and bookings on his own!

With that to look forward to on this snowy, Ohio, winter day, I'm planning on settling in, surfing the net and doing some itinerary planning of my own. Did you know that most every town in Ireland where Rich has booked a B&B, there's a local yarn shop or woolen mill located nearby?

Posted by Buckeye Star Alpacas at 7:59 AM No comments: