Nostalgia and a New Jam

The past few days have been classic examples of November. The temperature has ranged from a low of  thirty-two degrees to a high in the fifties. One day it rained and another it was sunny and clear. Today reached a high of almost sixty and has alternated between cloudy and sunny. The soybeans have been harvested but the corn in the field to the west is still standing and rustling in the breeze.

Days like today tend to make me remember the Novembers when I was a girl and a young woman. My dad, brother, Steve, and dad's cousin, Norman, would gather at our house early in the morning before going out hunting. I mean 4:30 a.m. early! Dad would cook up a big breakfast and make so much noise that even those of us who were not going hunting would drag ourselves, grumbling,  out of bed to have coffee and breakfast with them. All three men have been dead for a long time now. This happy memory remains.

Around the farm, Rich has been preparing for the winter. The deck furniture is all stowed in the basement and the Halloween decorations have been taken down. The rest of the  fall display still remains and should last until the day after Thanksgiving when Rich does the Christmas decorations. The other day he was out splitting wood for the old wood stove out in the store.

A few years ago we heard through the country grapevine that the people who had purchased Rich's grandmother's wood stove were planning to sell it on E-bay. We contacted them right away and bought it from them; moved it into the store and installed it. Every Saturday during the fall and winter Rich goes out there early in the morning and fires up the stove. It heats up the store nicely and I can work out there weaving, painting and crafting. Often, Rich's brothers and dad will come out for a cup of coffee and whatever I'm baking in the oven that day. Last weekend he fired it up both Saturday and Sunday. On Sunday morning I baked snicker doodles to take to my class on Monday. College kids are still just big "kids" and love cookies, so I continued a tradition that I began when I first started teaching. Every year I bake cookies for each of my classes. 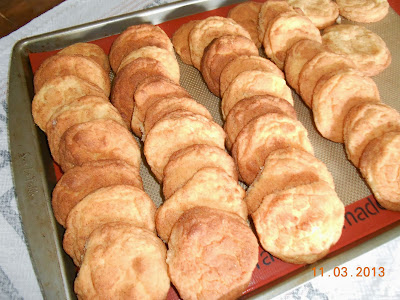 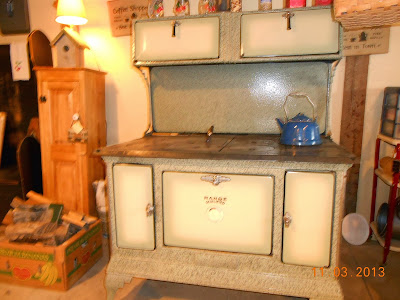 It seems appropriate that the old stove has been returned to the Homestead where Rich's grandmother, Elizabeth, used to cook for her family of eleven; nine kids and her husband! She cooked all of the family's meals, including bread, on this stove for many years until she got a modern electric stove. Even then she still did her weekly baking on the old wood stove.

The girls and boys in the herd are really enjoying these cooler days and nights. They spend quite a bit of time each day grazing in the pasture and enjoying the remaining sunny days of autumn. The two little boys, Asterius and Brutus, are growing at a steady rate. They are very hearty and active. 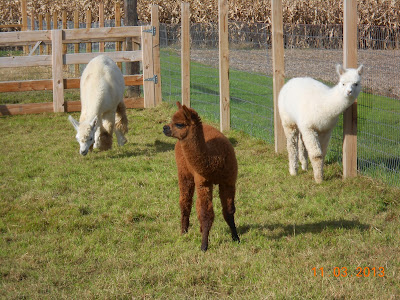 In the spirit of the season, I was inspired to create a new jam recipe this morning after I returned from voting. I have had this idea in my head for several weeks now to create a recipe for a spiced cranberry-orange marmalade. I was uncertain whether it would gel correctly but I decided to plunge right in and "just do it." The whole kitchen smelled like the holidays and, oh joy, it worked! Not only did it set right but it tastes like the holidays, too. Yummy! 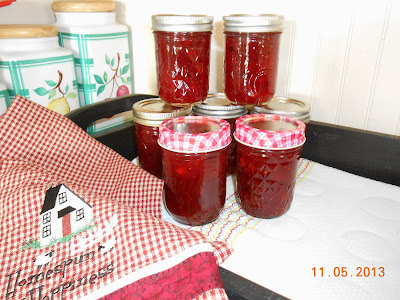 I'll share this recipe with my jam-making friends, Nancy, Liz and Becky when we meet for lunch again soon. I am planning to serve this with the bread at the family Thanksgiving dinner out in the store. Rich and I are hosting twenty people this year; down about ten from the last time we hosted.

After I was done cooking and cleaning up the jam mess I got inspired to put together an Italian meatball lasagna from this month's Food Channel magazine. I predict that Rich will be pleasantly surprised with my efforts in the kitchen today!

Posted by Buckeye Star Alpacas at 11:47 AM