It is officially the second full day of spring so imagine my surprise when I looked up from reading my cozy mystery book and saw nothing but white outside my front window. Flipping down the footrest of the Lazy Boy, I rushed to open the front door to check it out. This is what I saw... 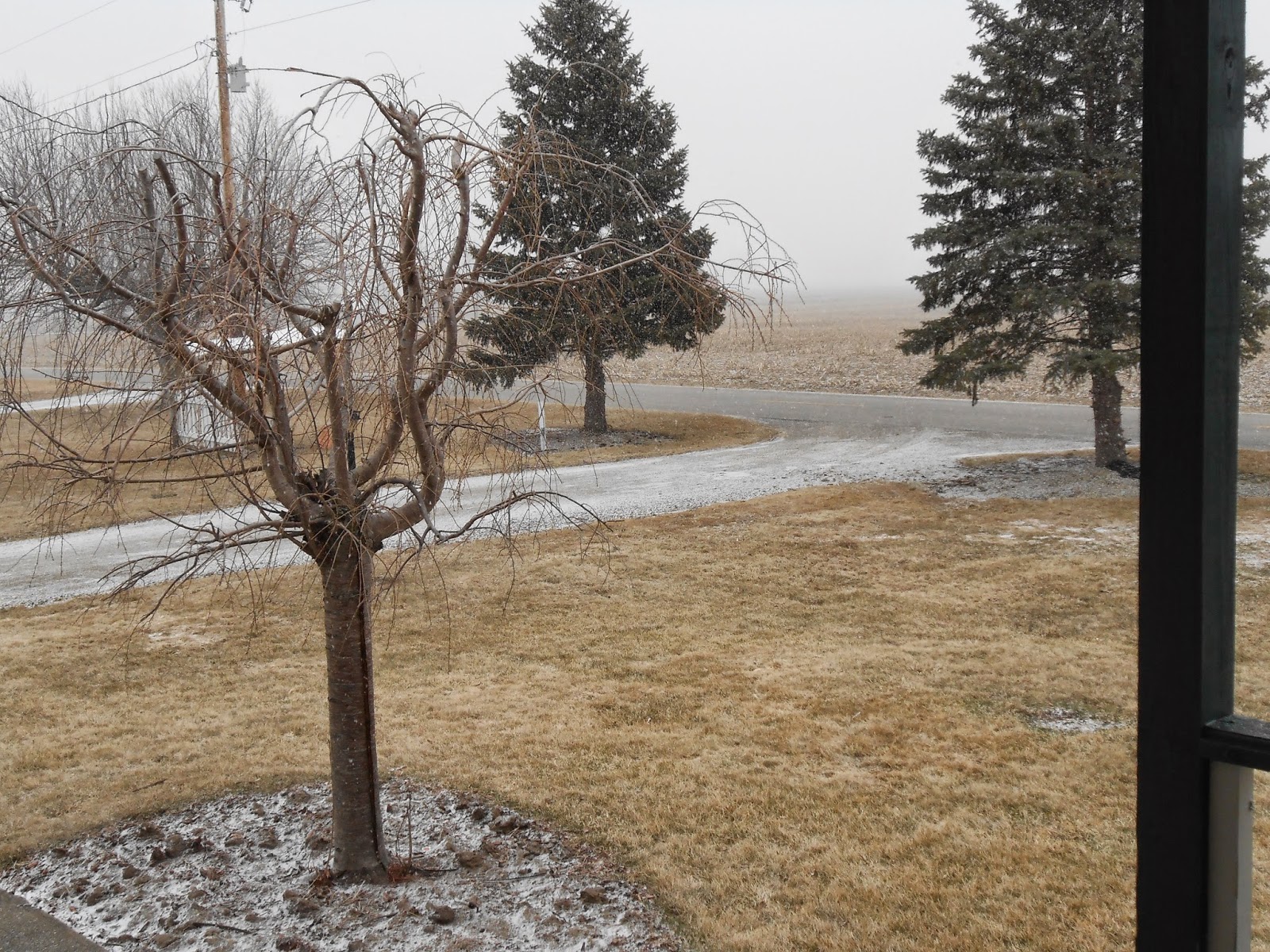 light flurries. Just enough to dust the driveway and flower-bed-to-be. Curious to see how the animals were taking it, since they had all been lolling around the pasture earlier enjoying the mild weather, I put on some shoes and a jacket (with a hood) and went out the back door. In just the short amount of time that it took me to prep myself the snow had picked up and this is what I found in the boys' pasture: 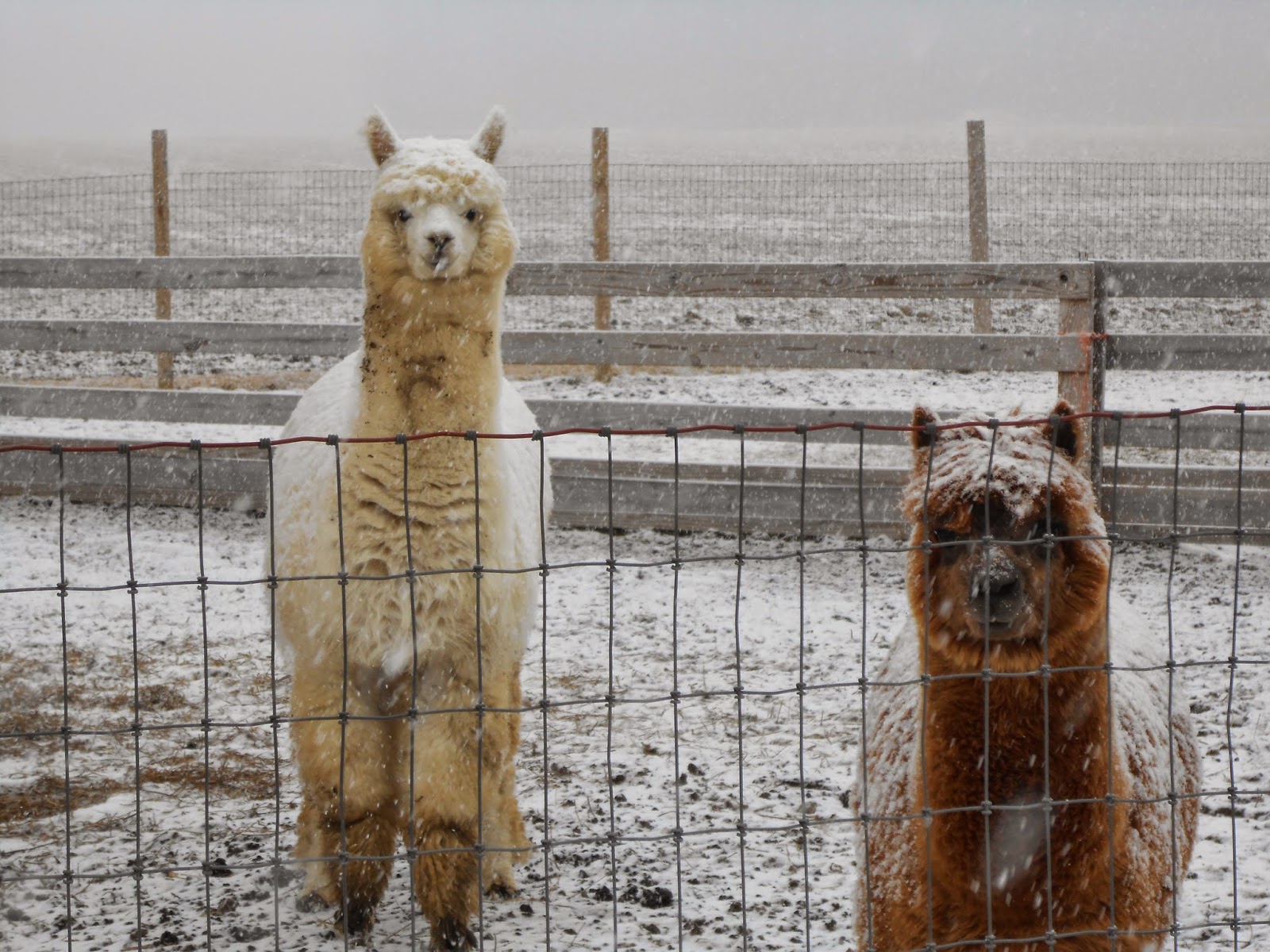 The girls and little Mocha must have headed for the barn as soon as the snow began to fall because they were nowhere in sight. However, Asterius and Brutus were behaving like the true mountain animals that they instinctively are and had remained in their pasture still looking for that bit of grass that might have been poking through the snow. Obviously the snow had picked up because both of them were covered with a heavy frosting of the white stuff. Although it looks as if they were posing for me I know they really were hoping that I had come bearing treats for them.

Nikko, the self appointed guardian of the herd, was laying down at the far end of his run nearest to the girls' barn. He is always eager for treats and to pose for pictures, so he came running when he realized that I was at the fence. His fleece was also thickly covered with a coating of the new snow. He put his head over the fence for a quick "nose kiss" and went back to his spot at the other end of the run when he realized that he wasn't going to get a treat from me. 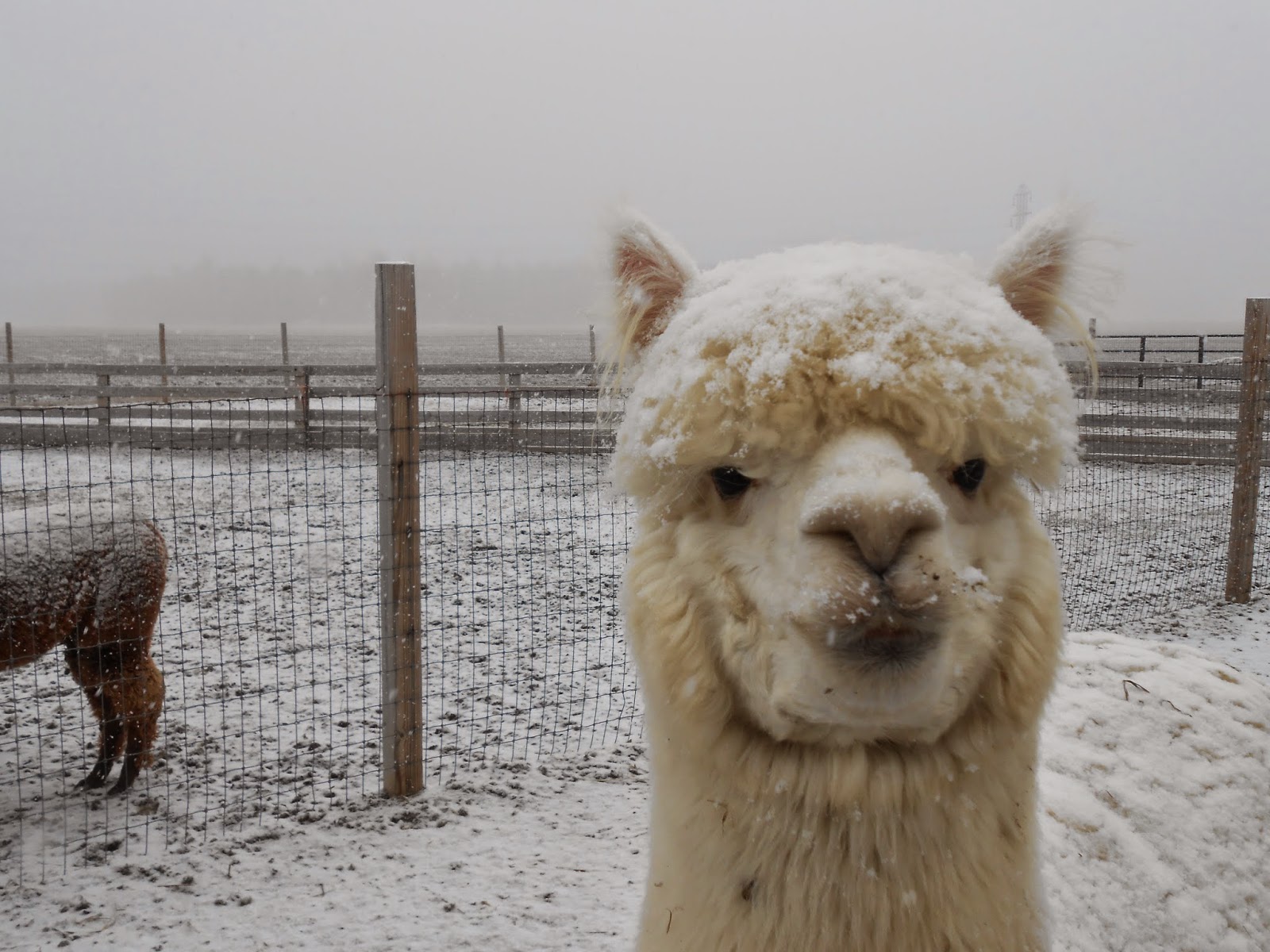 Although it's still snowing and has been for the past half hour, I'm confident that it will go away soon. The weather report for tomorrow says it's going to be 63 degrees and rainy. Not surprising. That's spring in Ohio!

I have been busy for the past week or so washing the downstairs curtains and repainting the downstairs trim. I finally finished it on Saturday morning. That afternoon Rich helped me clean the carpet in the living room. I began the project thinking that those tasks were all that I would have to do of spring cleaning but like so often happens, now I notice how bad the walls look and so have plans to paint the downstairs bathroom and kitchen. That task has to be put off for a week or two because our social schedule has been picking up, too.

Saturday evening we met some good friends at a German restaurant not far from here for dinner. We hadn't seen them since last fall so it was fun to have a couple of  "biers" and catch up with them. Then on Sunday we hosted several members of  Rich's large extended family to celebrate his mother's birthday. I hit the mother-in-law jackpot when I married into this family. Delores is one of the sweetest women I know and I consider her next to sainthood for successfully raising five sons. She welcomed me to the family with open arms and has always made me feel like a daughter.

I have been cooking and baking most of the day today, preparing to host my girlfriends at our monthly luncheon. We rotate each month to a different member's home and this month it's my turn. I have been planning an Irish dinner in honor of St. Patrick's Day. I baked Irish soda bread today and this evening Rich is going to help me prepare mashed potatoes which I will reheat in the oven tomorrow and serve with Irish sausages. I prefer "bangers and mash" to the traditional corned beef and cabbage meal. This is a monthly gathering that I always look forward to. Cead mile failte! 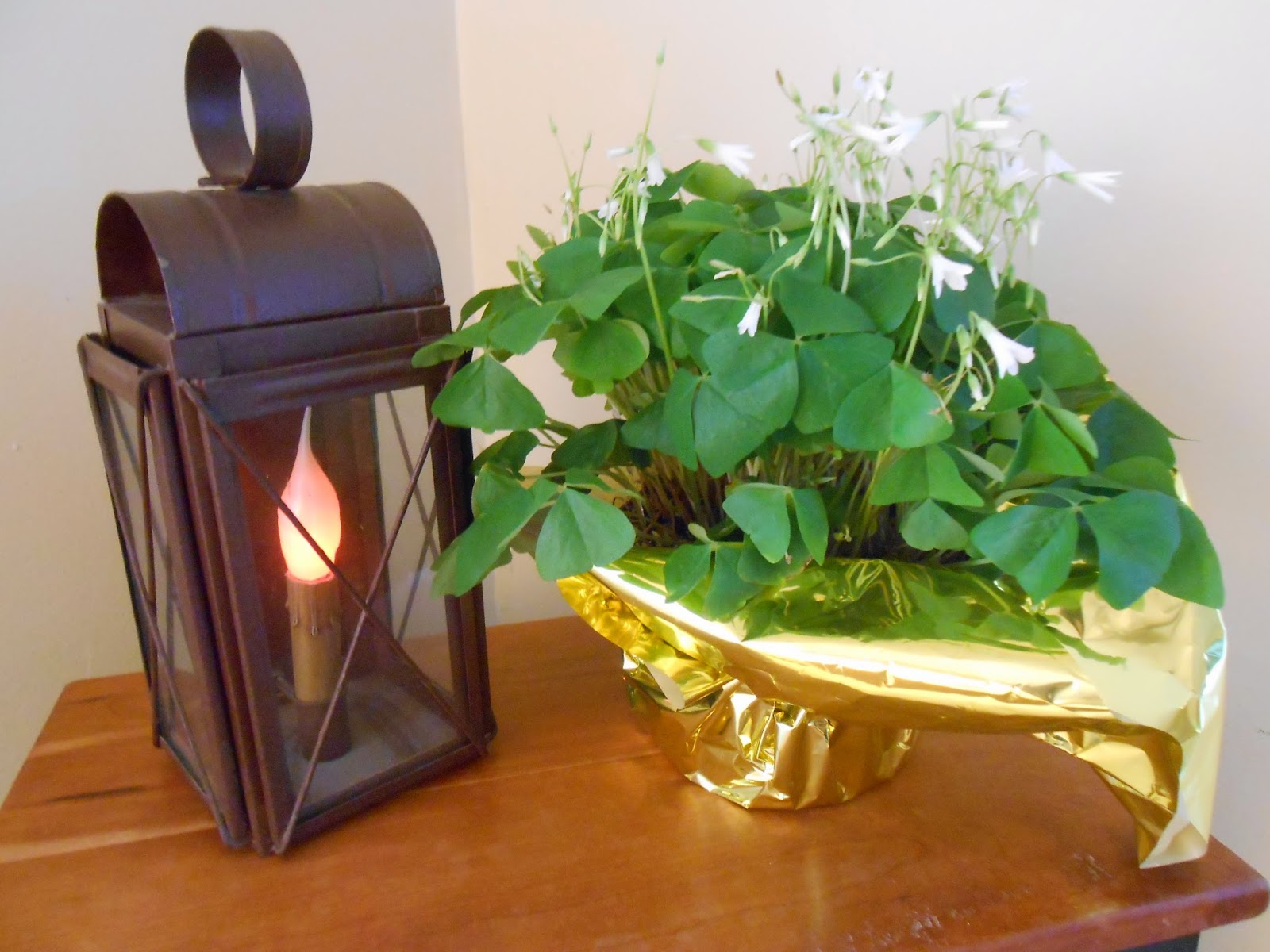