An "International Woman" For An Afternoon

I had the most delightful experience this afternoon when I joined my friend, Athena, and her women's group for lunch. Athena, was born in Greece and married an American soldier, Jim, who brought her at a very young age, back to the USA. We met them in a very round-about way several years ago through Jim's brother, Steve, who is friends with Rich and they have become friends as well. About a week ago, Athena contacted me and asked if I would like to accompany her to her International Women's group luncheon at the home of one of the members. I didn't hesitate even a minute for the simple reason that all of Athena's Face Book posts with her girlfriends look as if they are having such a riotous fun time. I wasn't disappointed. 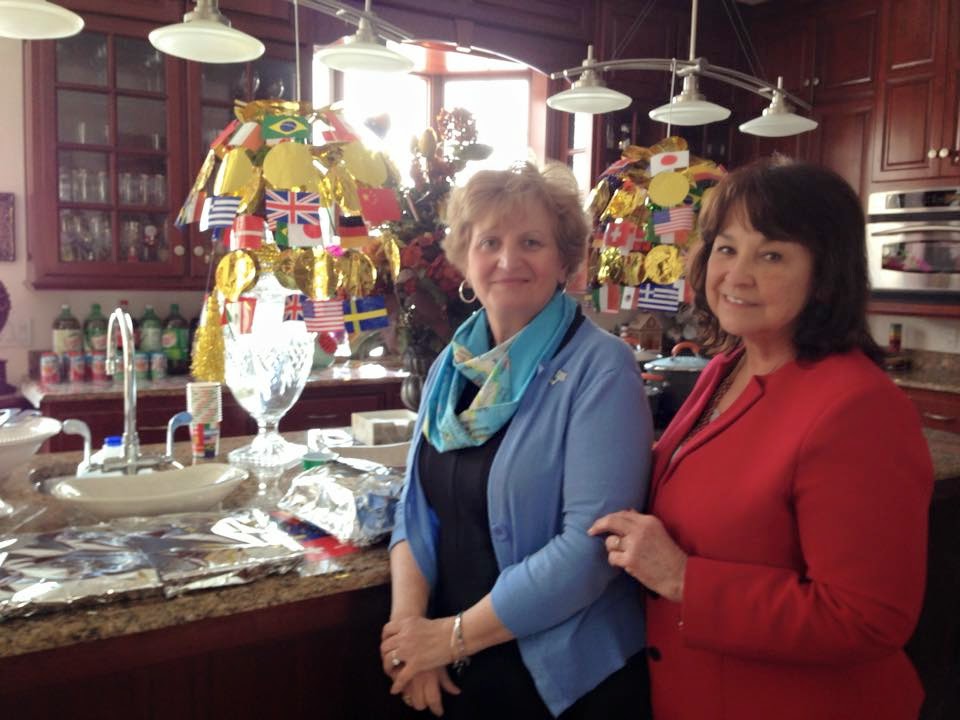 We were instructed to bring a dish that reflected our heritage so let me tell you, that buffet was filled to overflowing with some of the most delicious dishes I have ever had the pleasure of eating. The smells in that kitchen when we entered were so overwhelming that I could hardly wait to dig in. Athena had made her spanakopita that she has served up on other occasions when Rich and I dined at her house. It is one of my favorite dishes so I ate a small piece with my lunch. She also sneaked a small plate full for me to take home to Rich. There were hummus type dips, salads with mint and spices, bulgar and tomato casseroles, keftedes,  eggplant casserole and so many desserts. 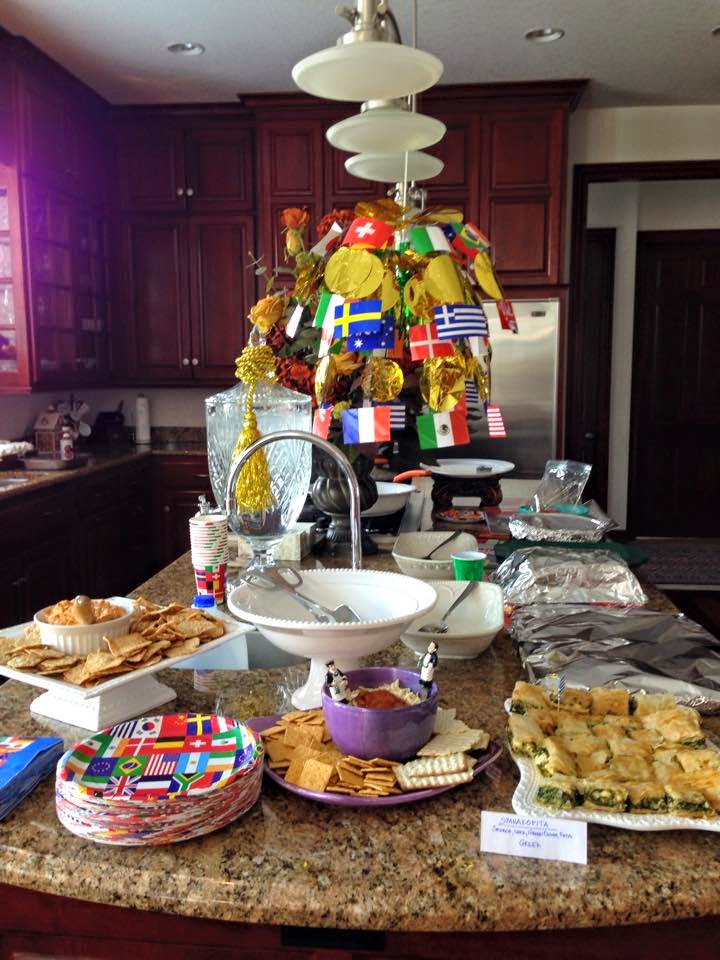 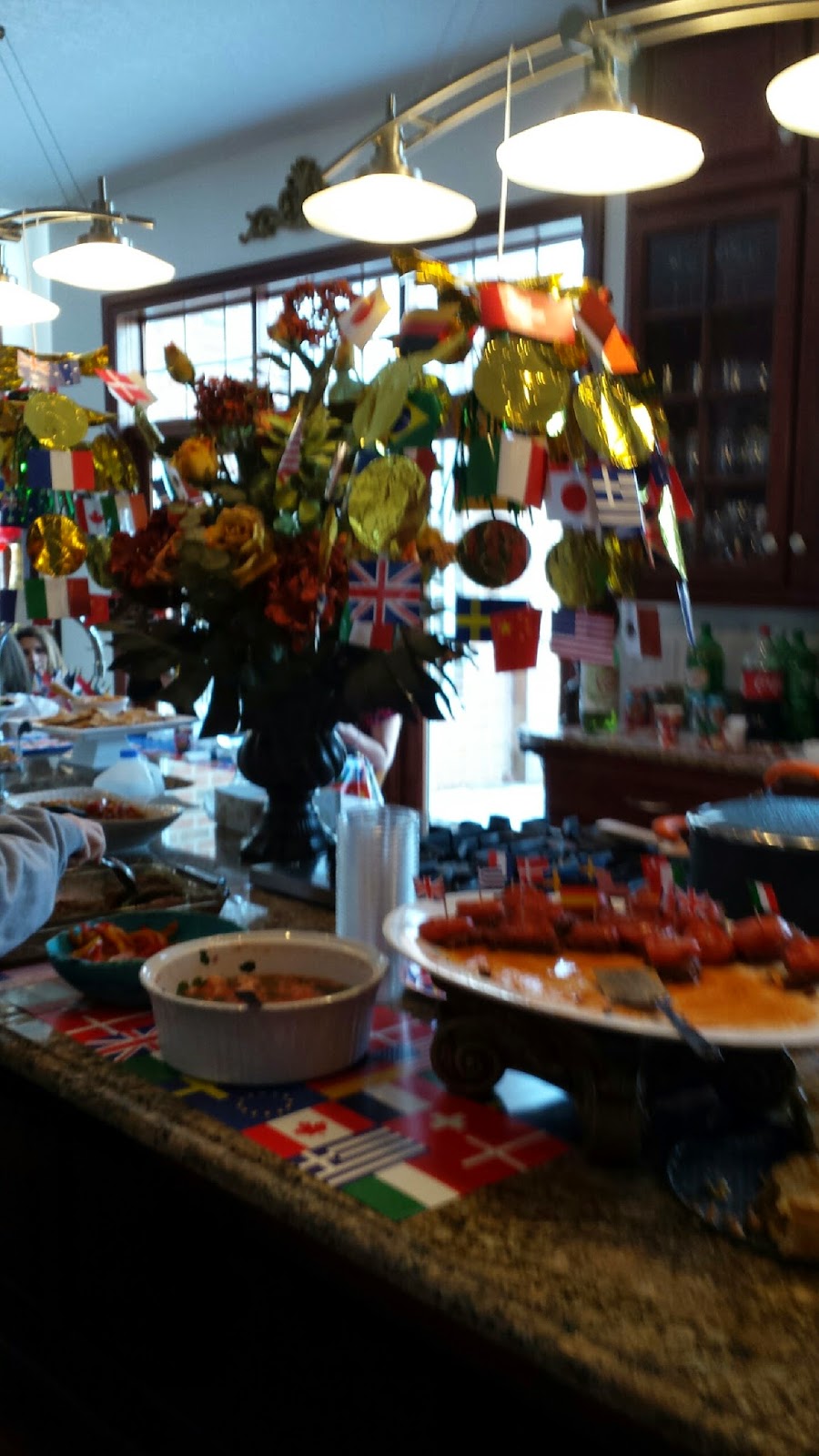 Rola, our hostess, (that's her beside me on the left in the picture below) was so gracious and made us all feel like very welcome and honored guests in her lovely home. I met so many diverse and interesting women of a variety of ages and occupations. I had a long conversation with Claudia, a knitter like myself. We are now friends on Ravelry.com where I have already checked out some of her past projects. She is a talented knitter and crocheter who has created some beautiful pieces of work. 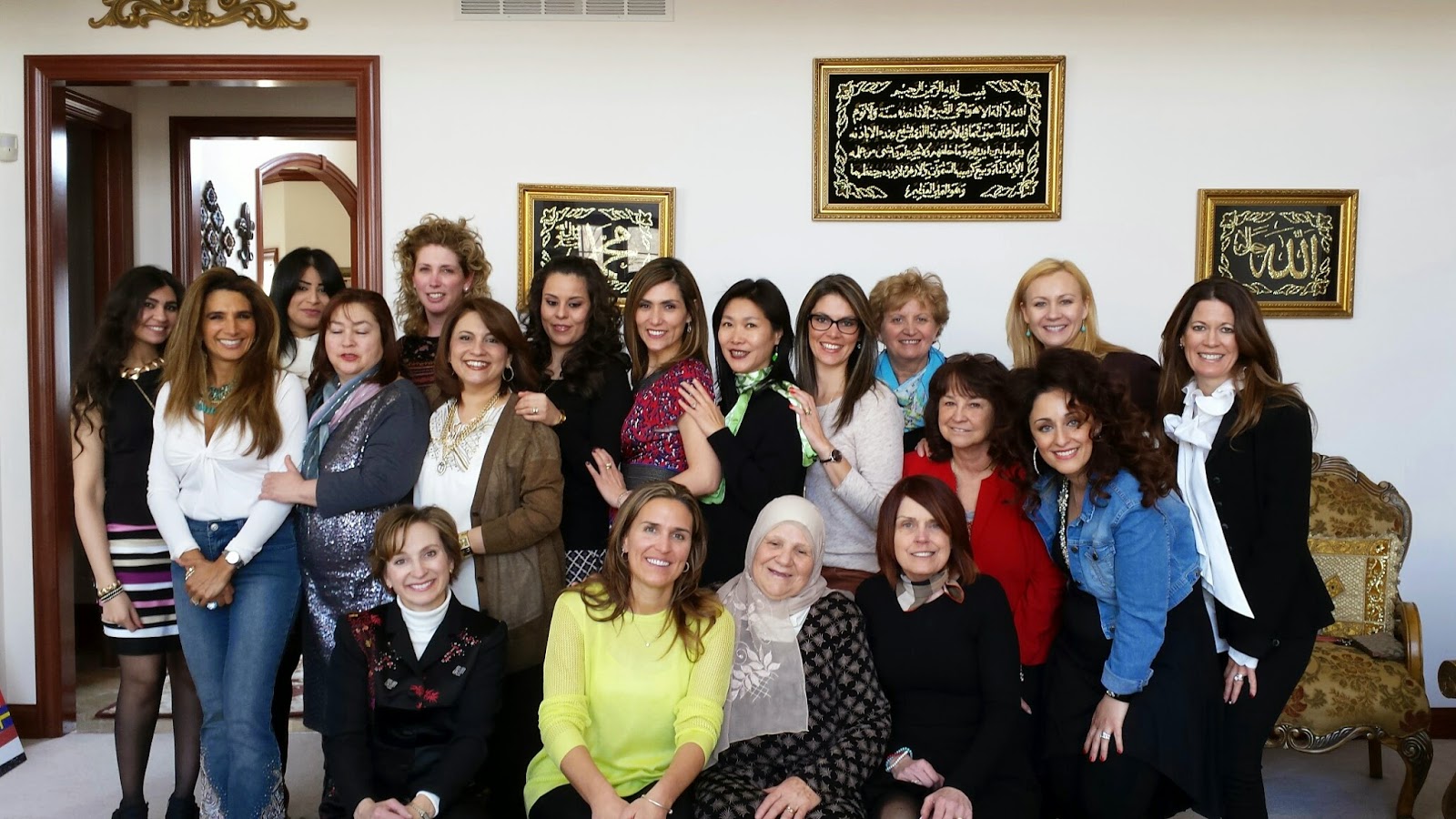 I always enjoy time spent with Athena. I learn so much from her about Greece and the Greek people which helps ground me in my own Greek heritage. Athena is funny and fun to be around. She's also a great cook and a good friend. 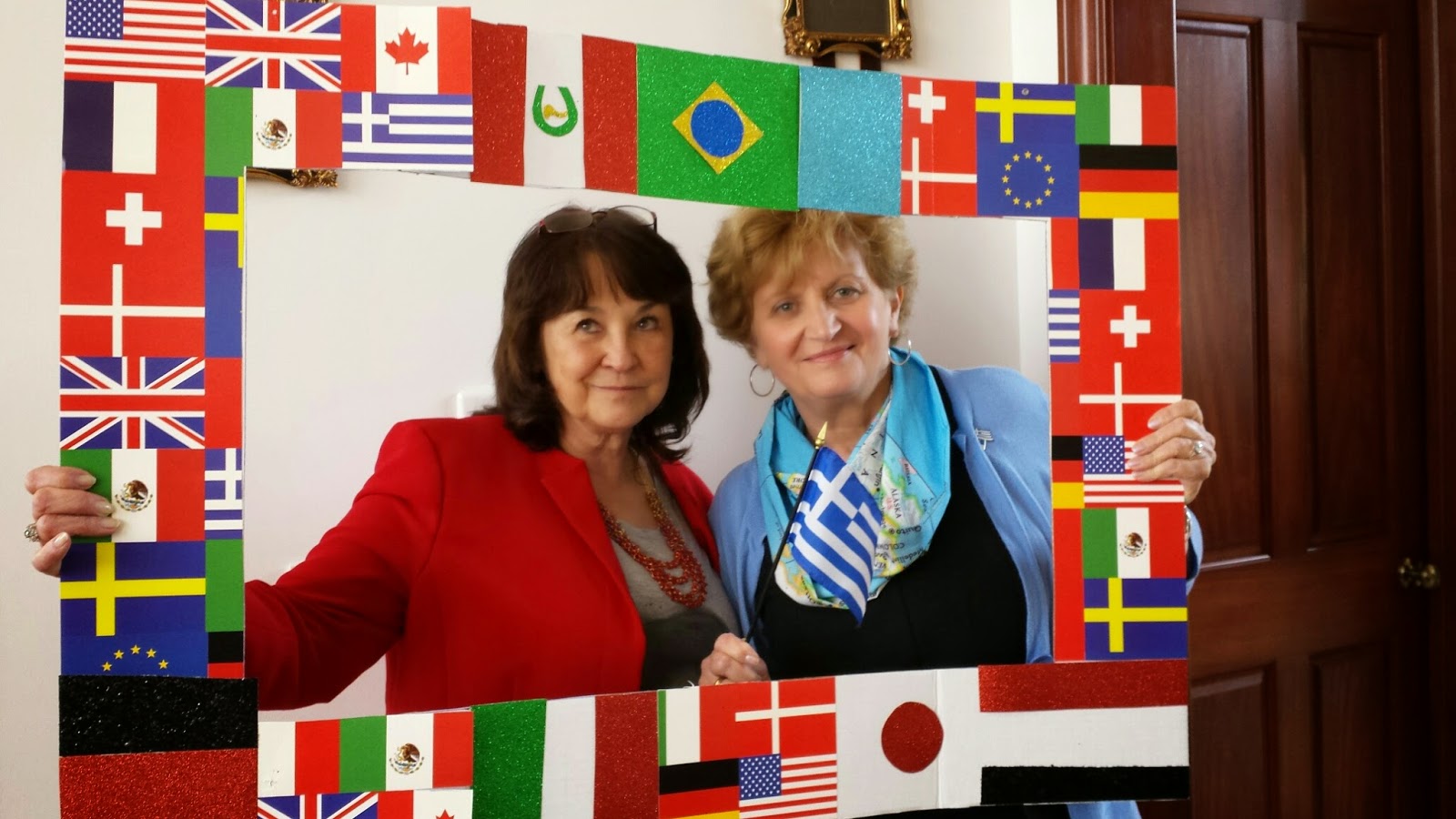 After record low temperatures for February and early March it looks like it's finally going to begin warming up this weekend. By mid-week we may see temperatures reach 50 degrees! Even so, it is going to be quite a while before all of the snowdrifts and piles of snow shoveled around the driveway and pasture melt away. Meanwhile, the alpacas are picking their  way around the drifts and trying to spend more time in the pasture. The other day I caught Asterius playing "king of the hill" on the drift that abuts Nikko's pasture, while Brutus and Mocha looked on. 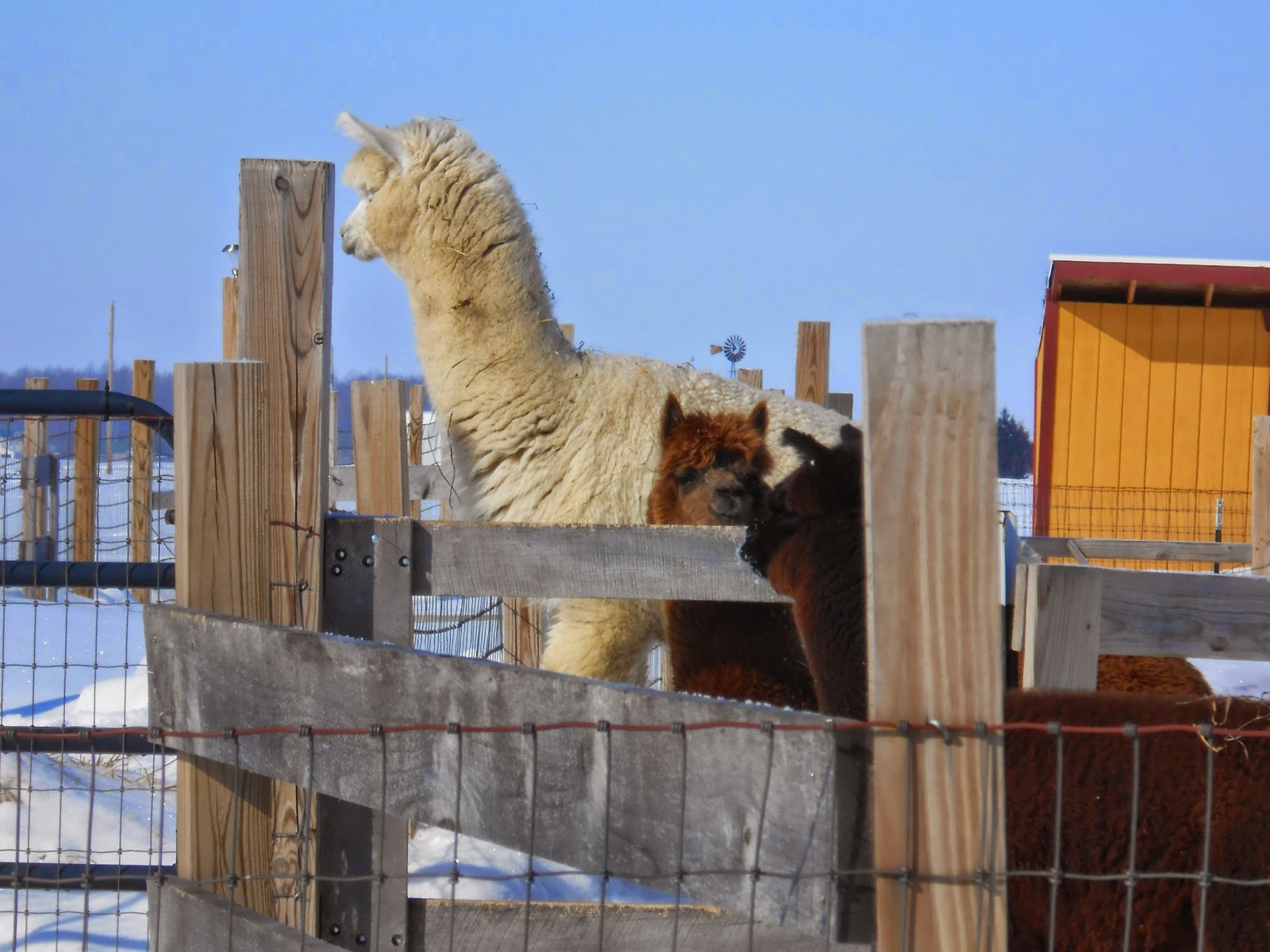 Asterius is the more dominant of the two boys in the yearling pasture. Brutus is more laid back. But if Asterius decided to go over the fence into Nikko's area, he may get more than he bargained for. Now that Nikko has been successfully bred to our three females he has taken on the role of herd protector and dominant male. That's why he is in a pasture of his own. He bullied the two little guys when they were all together. So far Asterius is content just to climb his little mountain and look over the fence. Soon it will all melt away and any risk of mayhem will pass.

On these sunny days all of the animals seem to know that there is grass somewhere beneath the coating of snow and they can be seen nosing around looking for it. Often they come up with frosted noses and perplexed looks as if they are demanding, "Where is our grass?" 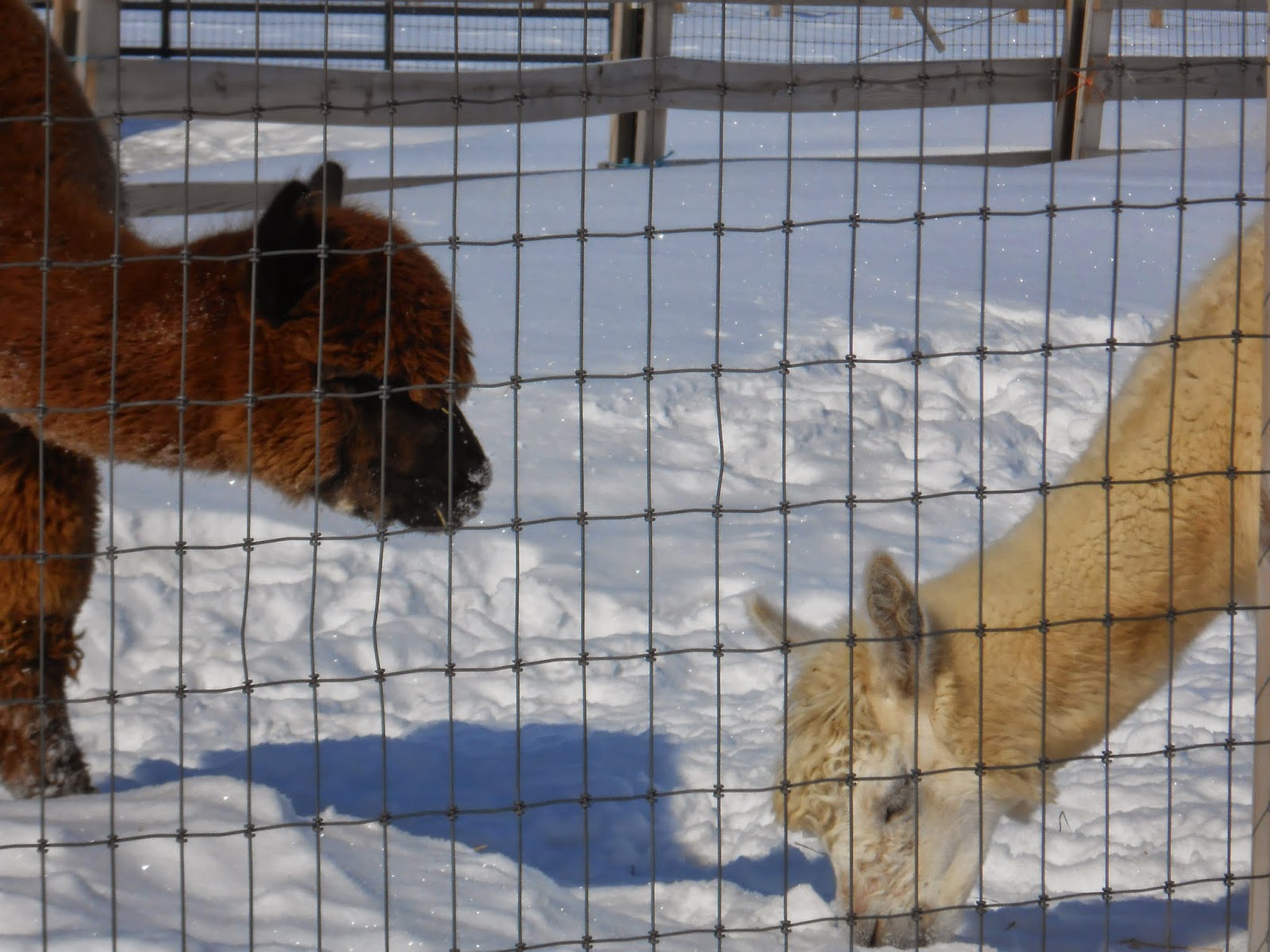 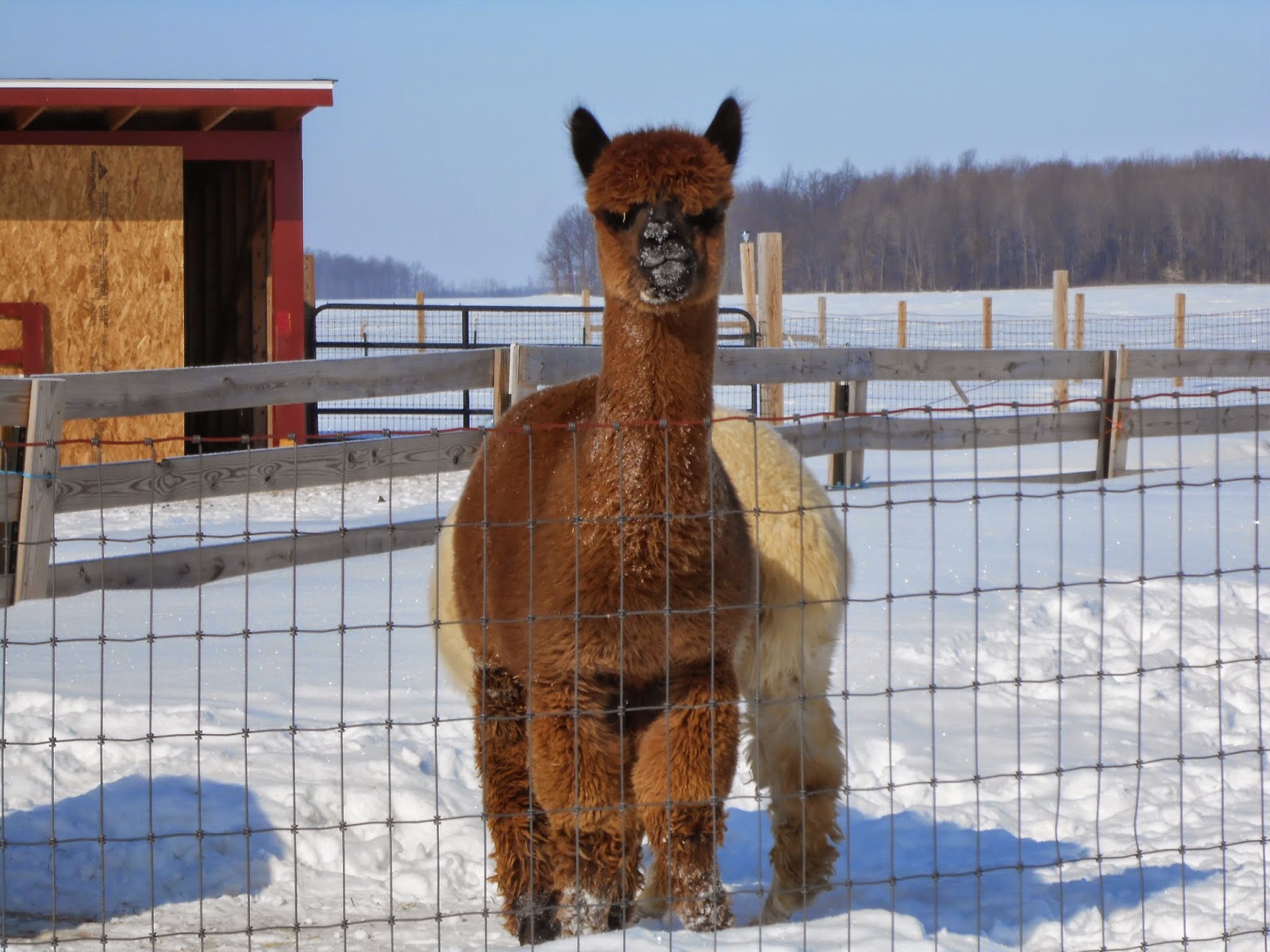 Soon, kids, be patient like the rest of us!