The other day we saw a huge, red, Case tractor with caterpillar treads parked out behind the barn. This is the newer model that the man who leases our land uses to work his farm. It is so big that it even makes my 6'4" husband look short! Immediately, said husband, got a brilliant idea and hustled out to the barn to rev up his new  toy, his grandfather's little, red Farmall Cub tractor from the 1950s.

A short while later he poked his head in the back door and shouted, "Grab your camera and come out here!" Always the obedient wife, I shouted back, "Why? It's cold and windy out there!" Once he explained about the picture that he had set up for me, I bundled up in my winter duds, grabbed the camera and reluctantly followed him outside grumbling all the way about having to leave my cozy house.

By the time I got out where he waited, Rich had already snapped a picture and pasted it up as the wallpaper on his cell phone! He had proudly parked his new "toy" in front of it's big brother which presented a concrete image of the very big leap in progress that has been made in agriculture since the time we were kids in the 1950s. Rich's grandfather used this little Farmall tractor and others like it to farm the very same land that the giant Case works up today. What follows are the pictures that I snapped from many angles. Some with Rich on the big machine and some with him on the little one. 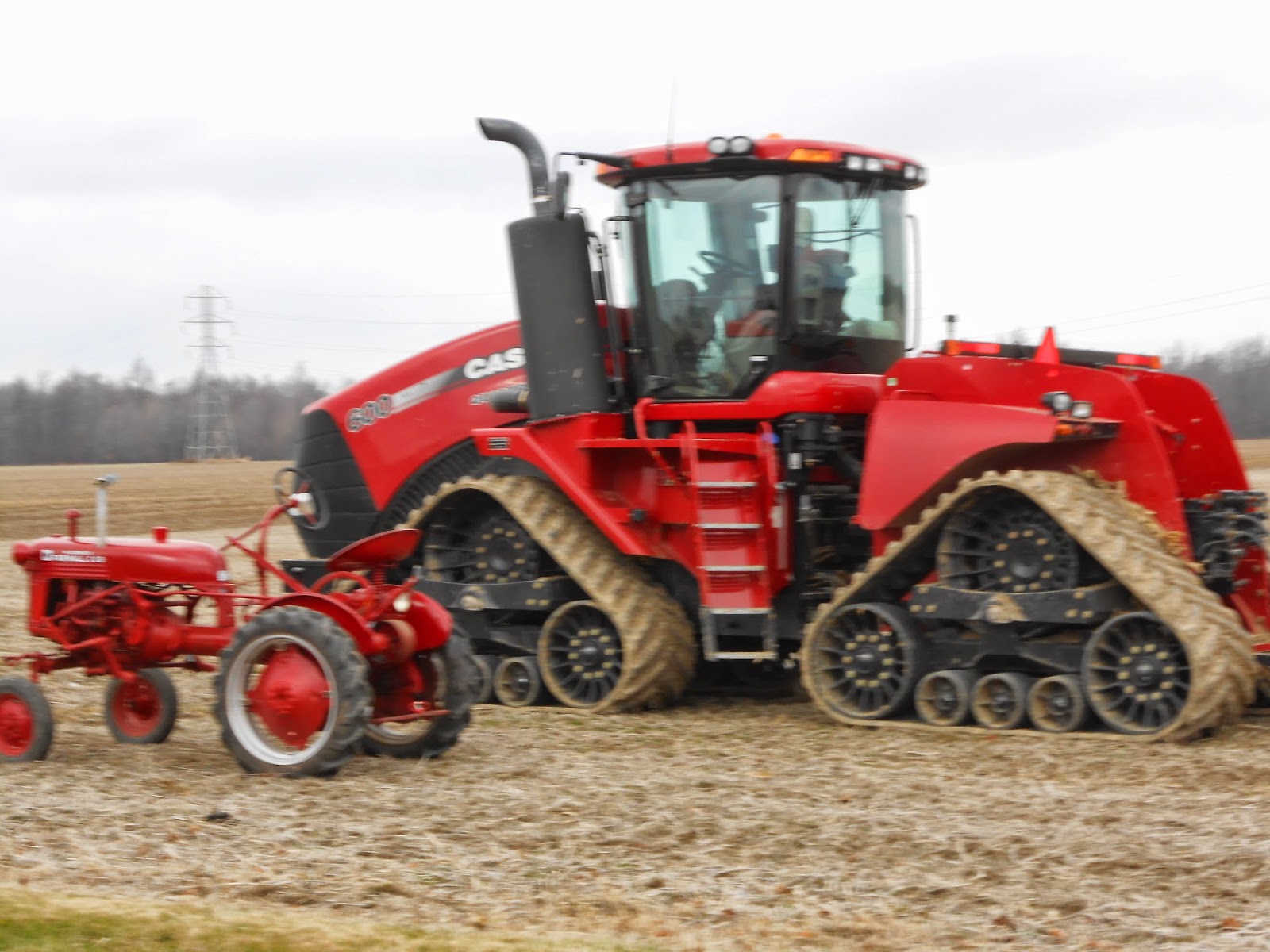 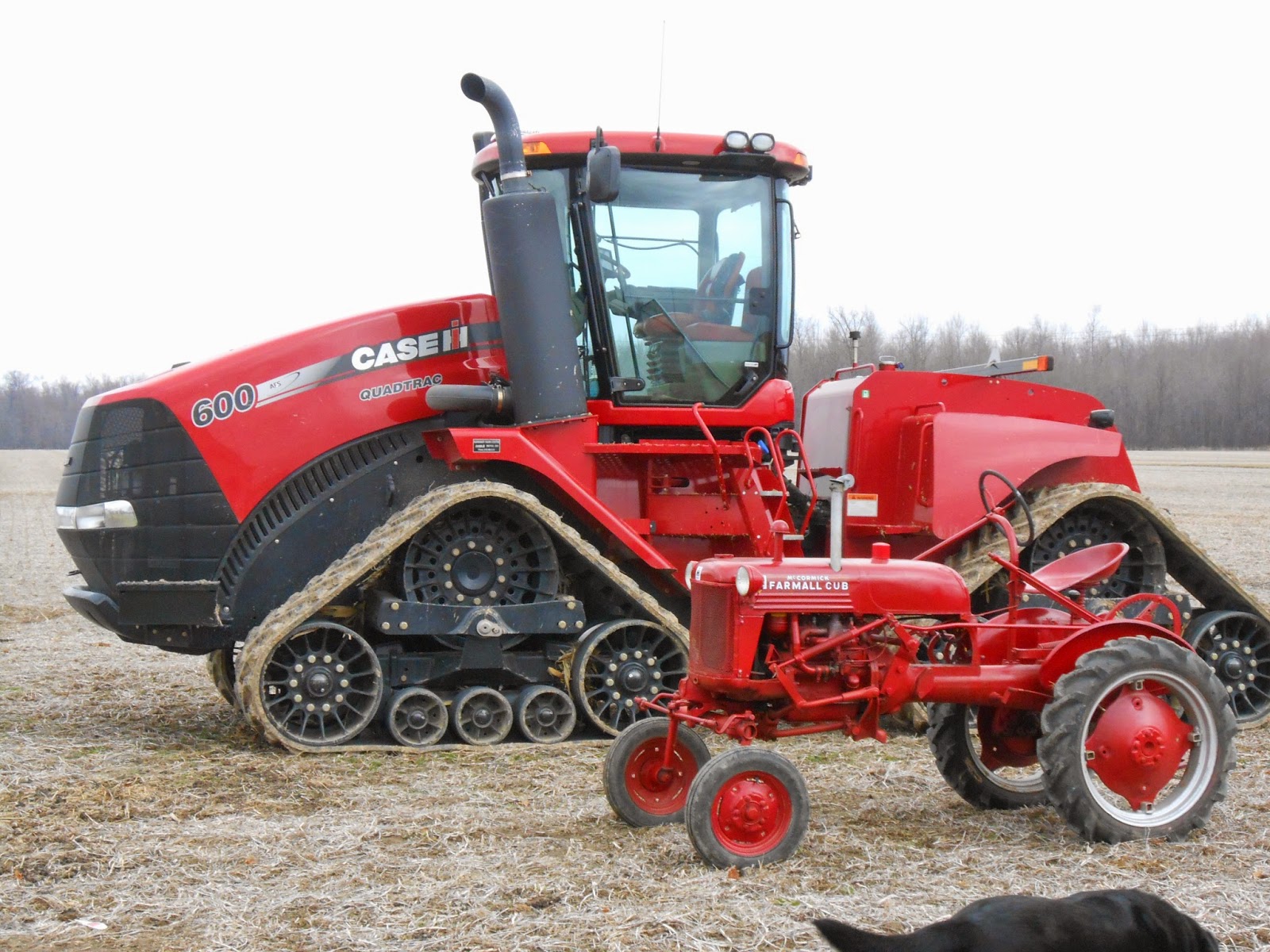 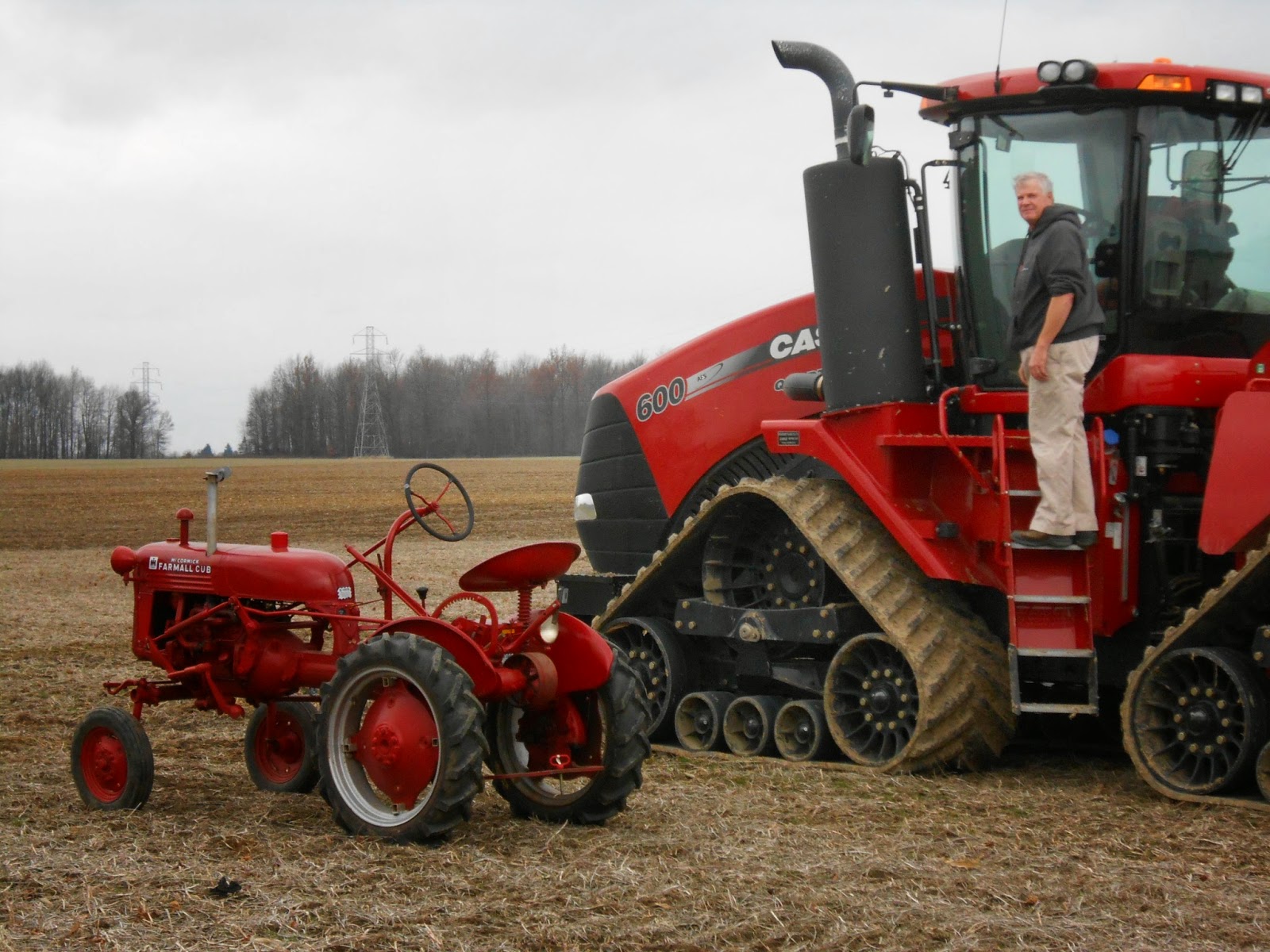 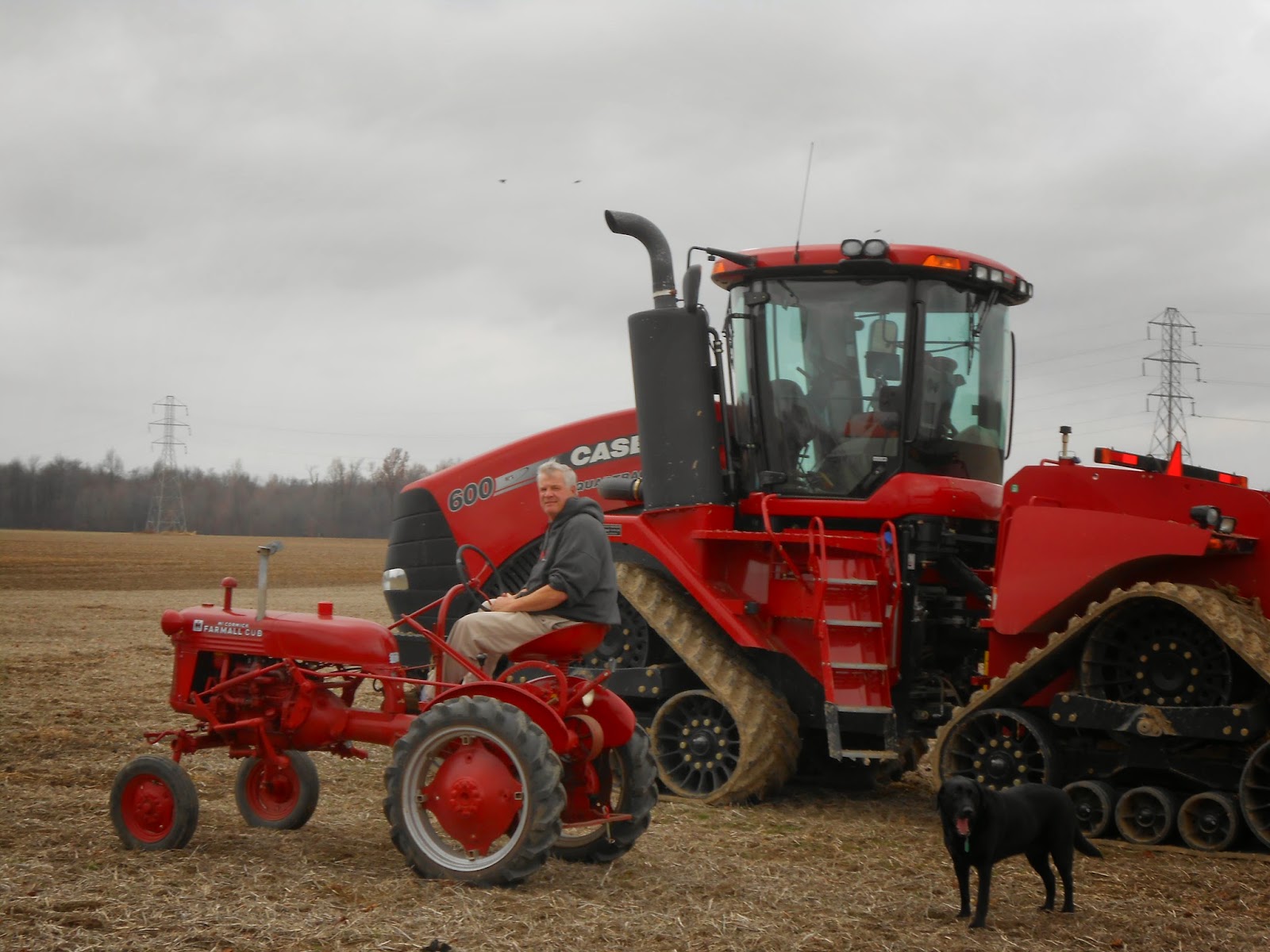 As usual, the curious "kids" in the pasture watched the strange antics of their human caretakers and Callie, our Lab, managed to photo bomb one of the pictures. 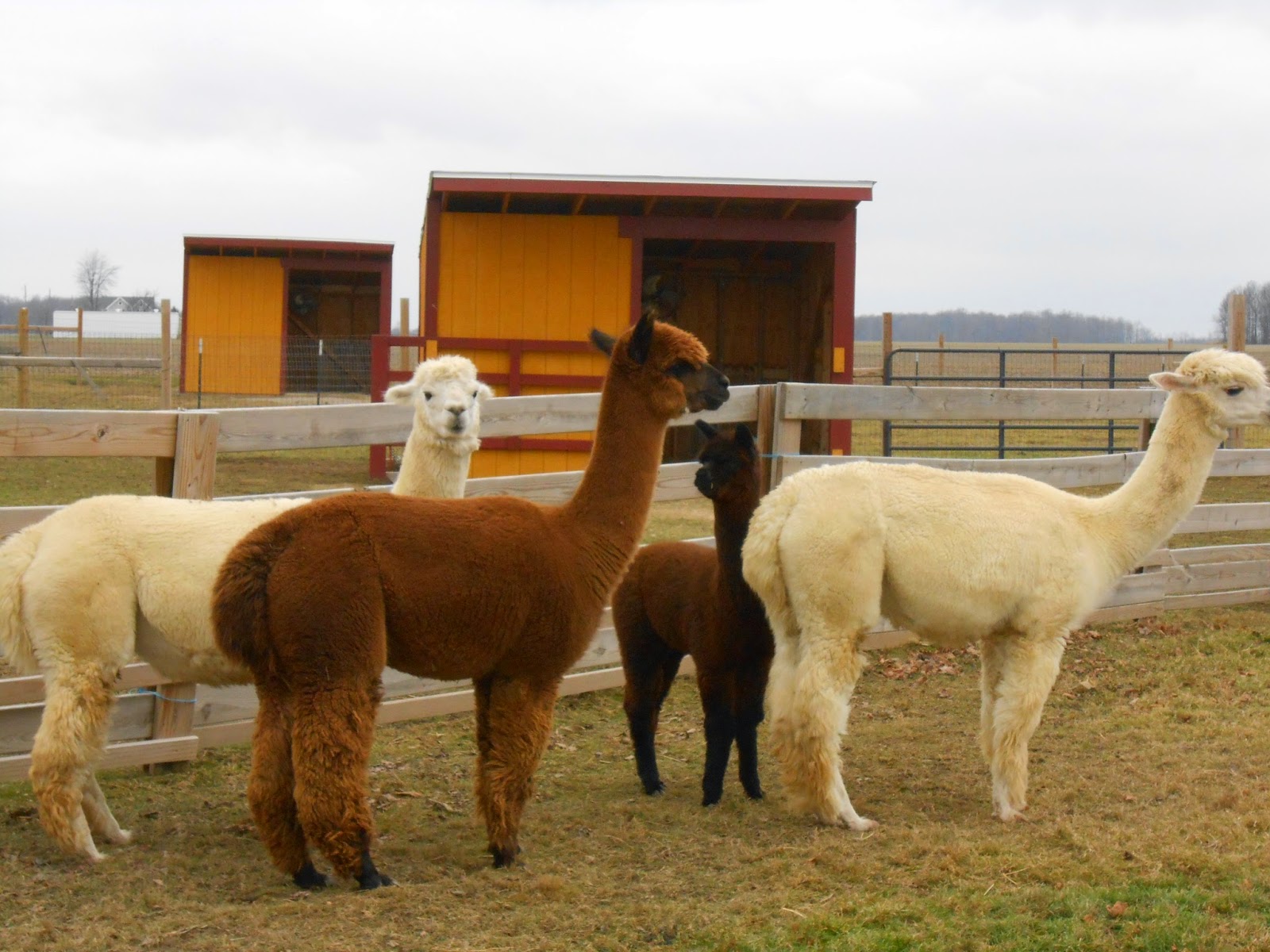 Posted by Buckeye Star Alpacas at 9:34 AM