Is it just me or does anyone else have the urge to bake something when the snow and cold keeps us inside? I have baked quite a few batches of cookies, muffins, cookie bars and bread. Today I said to myself, "Enough, already!" Even though I freeze most of each batch, that hasn't stopped either Rich or I from visiting the fridge and grabbing a snack now and then. Way too often, in fact. So, today I vowed not to bake for at least a month.

Saturday, I had an excuse to bake because we finally had that beer tasting party that had been cancelled before Christmas due to weather and many of our guests being ill. It was a small gathering of select friends and we had it out in the weaving studio, warmed by Rich's grandmother's old wood stove. Even though it was raining pitchforks and hammer handles we were cozy and warm inside. The menu consisted of a variety of mini appetizers, (baking again!) gourmet cheeses, crackers, chips and dips, and of course, beer. It was a beer tasting after all. Rich and I enjoyed this small gathering of like-minded friends, with the conversational sparring and laughter.

Last evening when we went out to tend to the alpacas we found them gathered in the pasture, looking towards the woods. When I followed their gaze I discovered that they were looking at a small herd of twelve or so deer grazing in the corn stubble about half way back to the woods. They seemed to be more interested in checking out the deer than they were in eating their nightly ration of sweet feed. 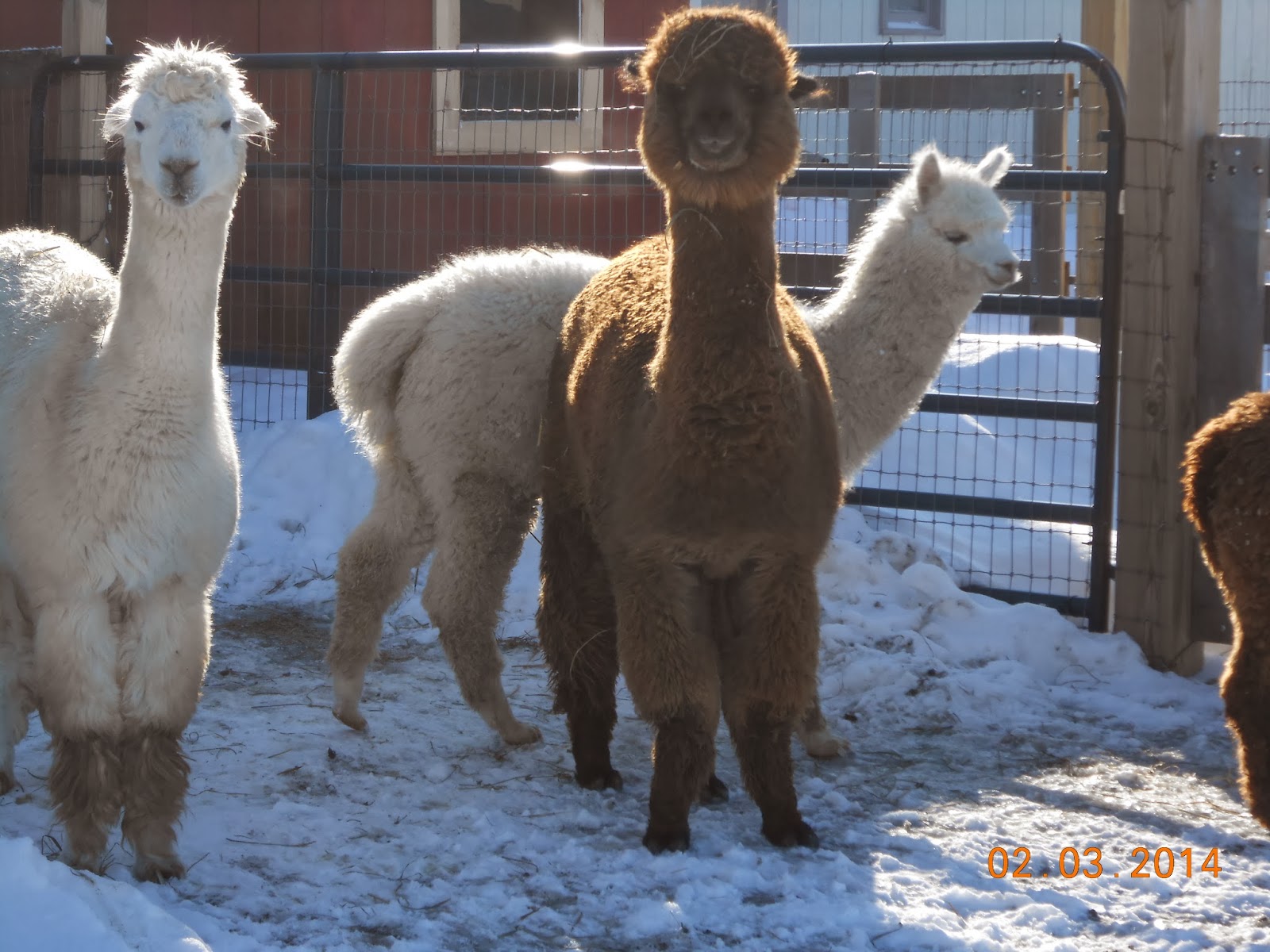 Except...Brutus. He initially ran out with the others to watch their rusine friends. (I learned a new word here and just had to use it. You know, bovine=cow, porcine=pig, ovine=sheep; well, rusine=deer. Forgive me, I am such a teacher!) But Brutus didn't stay long. He was more hungry than curious, so he ran back into the barn by himself to scarf up the food before the others could crowd him out. 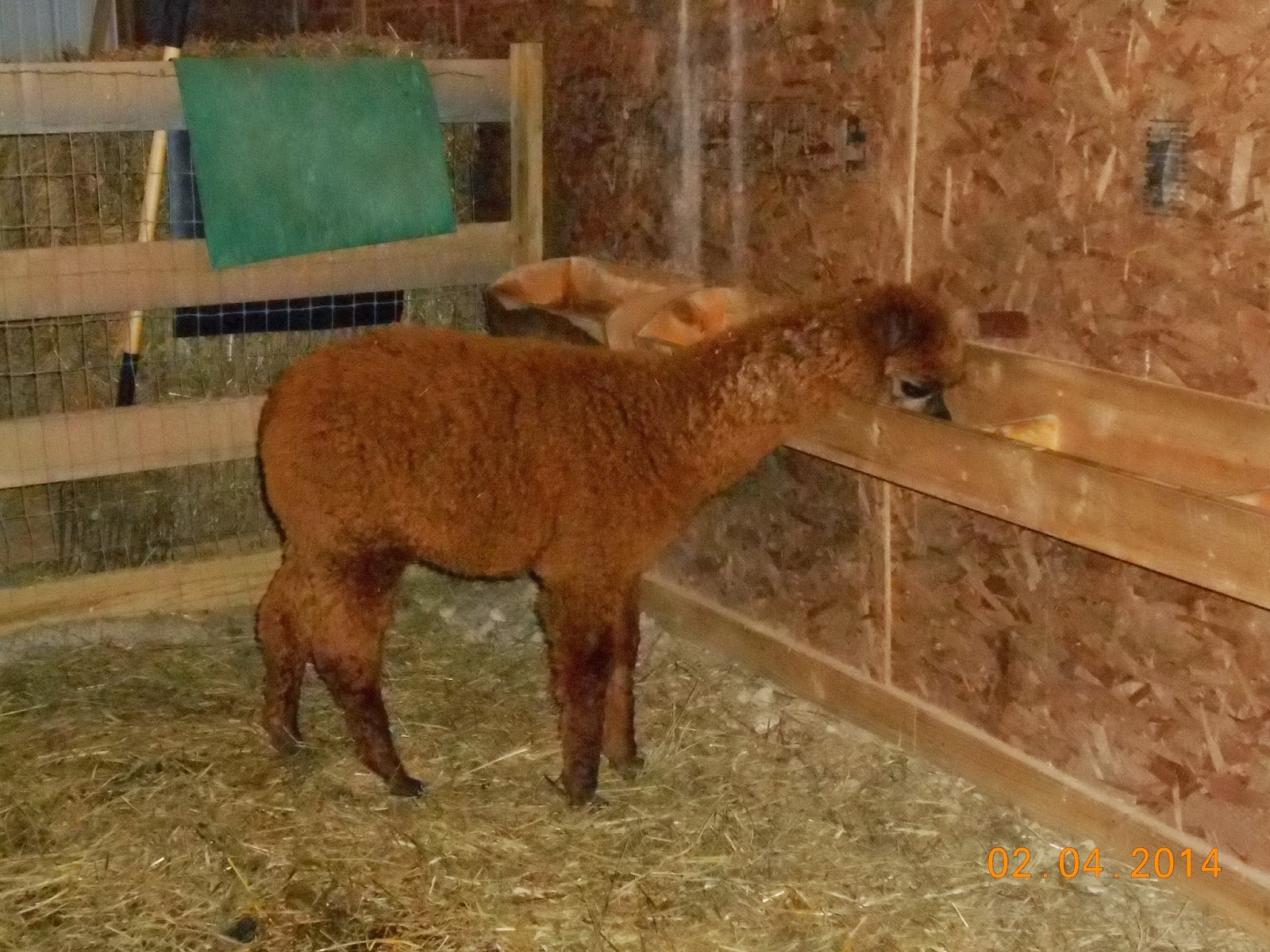 Each of our animals has their own personality and I love them all, but I can't help it...I have a special place in my heart for Firenze's little boy. Brutus is a such a survivor and every time I see his fluffy, caramel-brown little body I just have the strongest urge to grab him and give him a big hug! You can't help but smile when he looks at you with that innocent expression and shiny, black eyes. 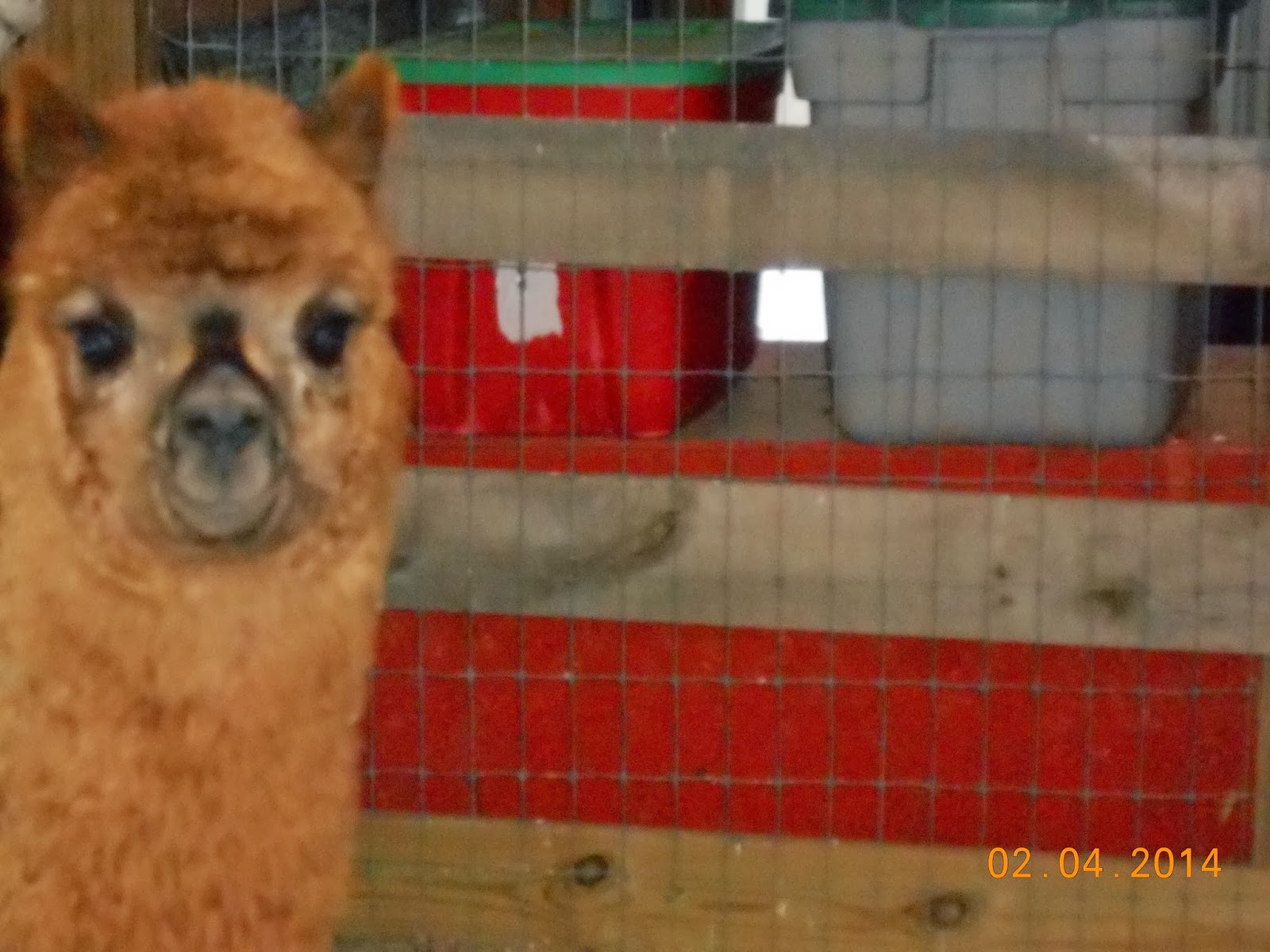 Callie has been living her own little drama during this snowy weather. It seems that a rabbit has been spending the winter months living under the porch on the front of the studio and it is driving Callie nuts. It is a very brave little bunny, evidenced by the tracks in the snow that often lead right up onto the front porch of the house! 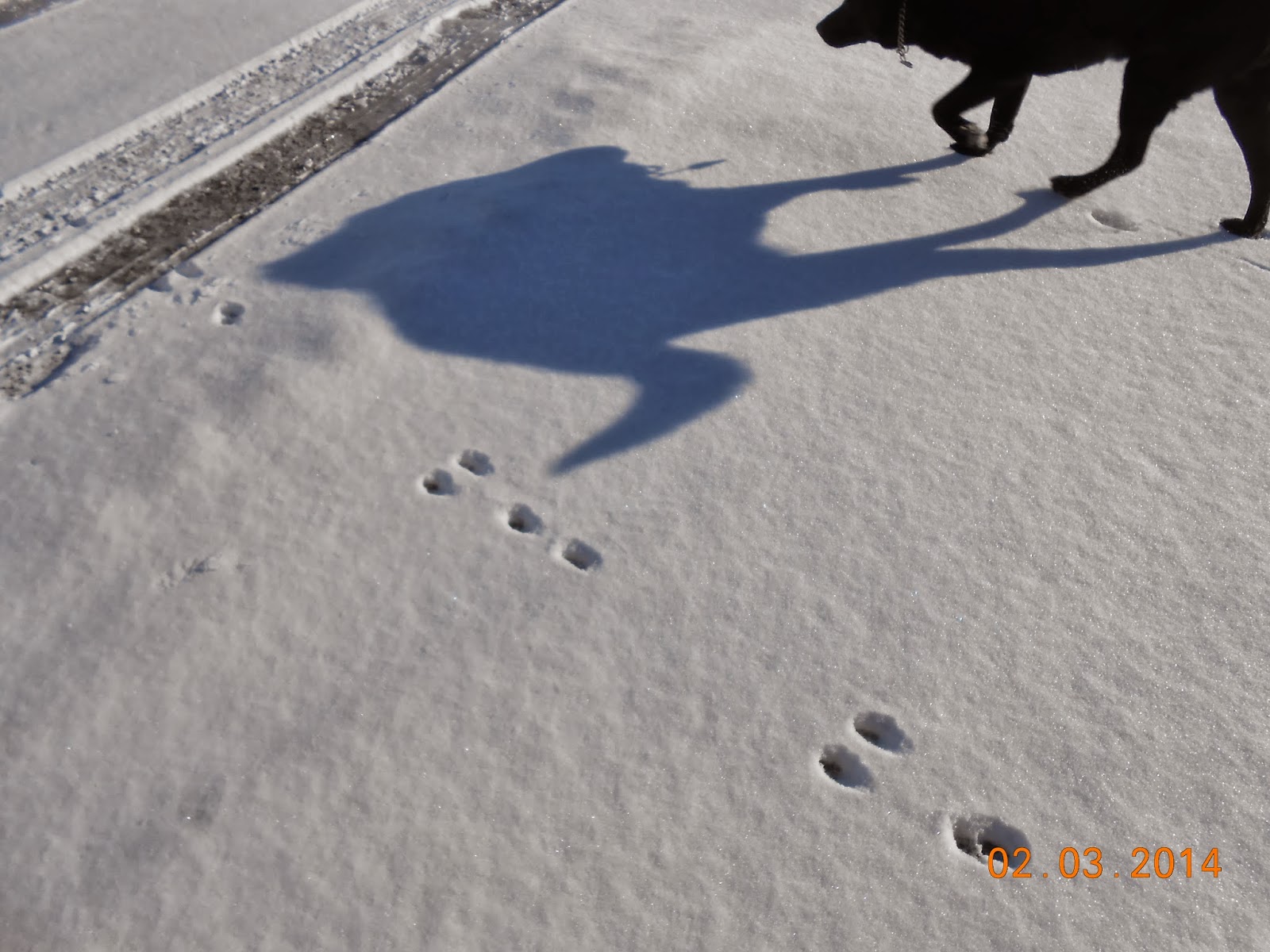 When we go outside to retrieve the mail or do chores Callie goes into tracker mode and follows the freshest tracks in hopes of the prize. So far, the rabbit easily outruns her. In the evening, when Rich lets the dog out for the last time he switches on the porch light and checks the front yard first. Several times the bunny has been sitting at the end of the sidewalk by the driveway waiting, as if she/he knows what time it is. As Rich opens the storm door the rabbit takes off and Callie runs after her in hot pursuit. So far the Rabbit is winning and that's the way we would like it to continue. Callie is not quite the hunter her papa Gus was and for her the fun is in the chase.
Posted by Buckeye Star Alpacas at 3:29 PM