Daffodils and The Queen

For a myriad of reasons, not the least of which is that the Queen and I share a birthday, April is my favorite month. I love the milder temperatures and the smell of spring flowers and newly mowed lawns in the air. I can even deal with days like today which started out at 60 degrees and dropped suddenly with the high winds that blew rain in from the west. Out here in the country the farmers are already beginning to work the land in the drier pastures and my gardener friends have planted their cold weather crops like spinach, peas, onions and such. When I look out my front windows I can see the cheerful bobbing of the yellow daffodils that have finally blossomed. These sturdy flowers were already poking up through the last of the snow in March and don't seem to wither with the fluctuating temperatures of April. 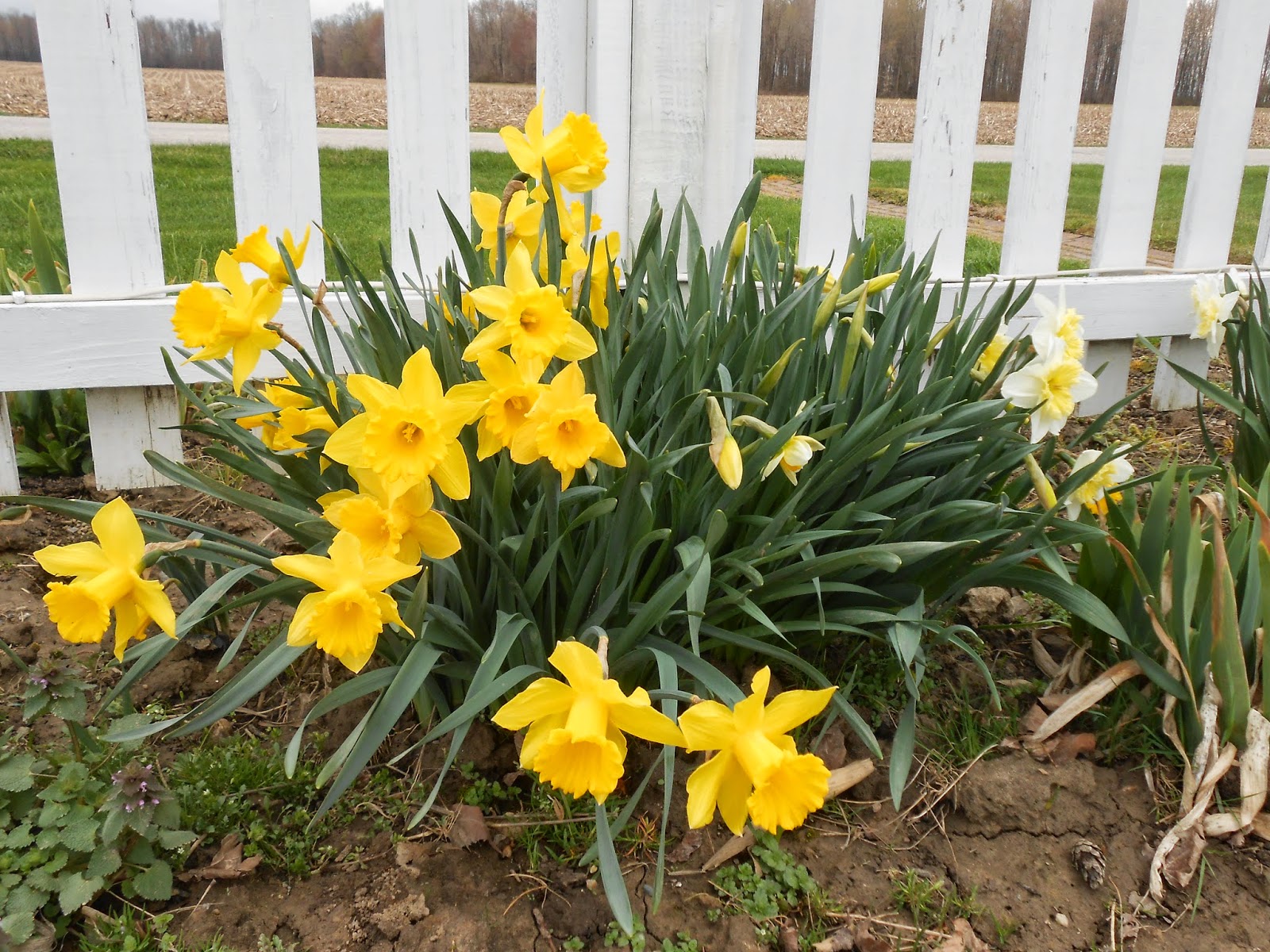 This past weekend on Saturday I taught another basket making class over at The Art Junction in New Haven. We made a bread basket which is an intermediate skill level and of my four students only one had made a basket before. The students ranged in age from a fourth grader to a woman "of a certain age" like me and included one of my former 7th graders who is now a freshman. It was a diverse age group and we got along famously. I really enjoyed this class. 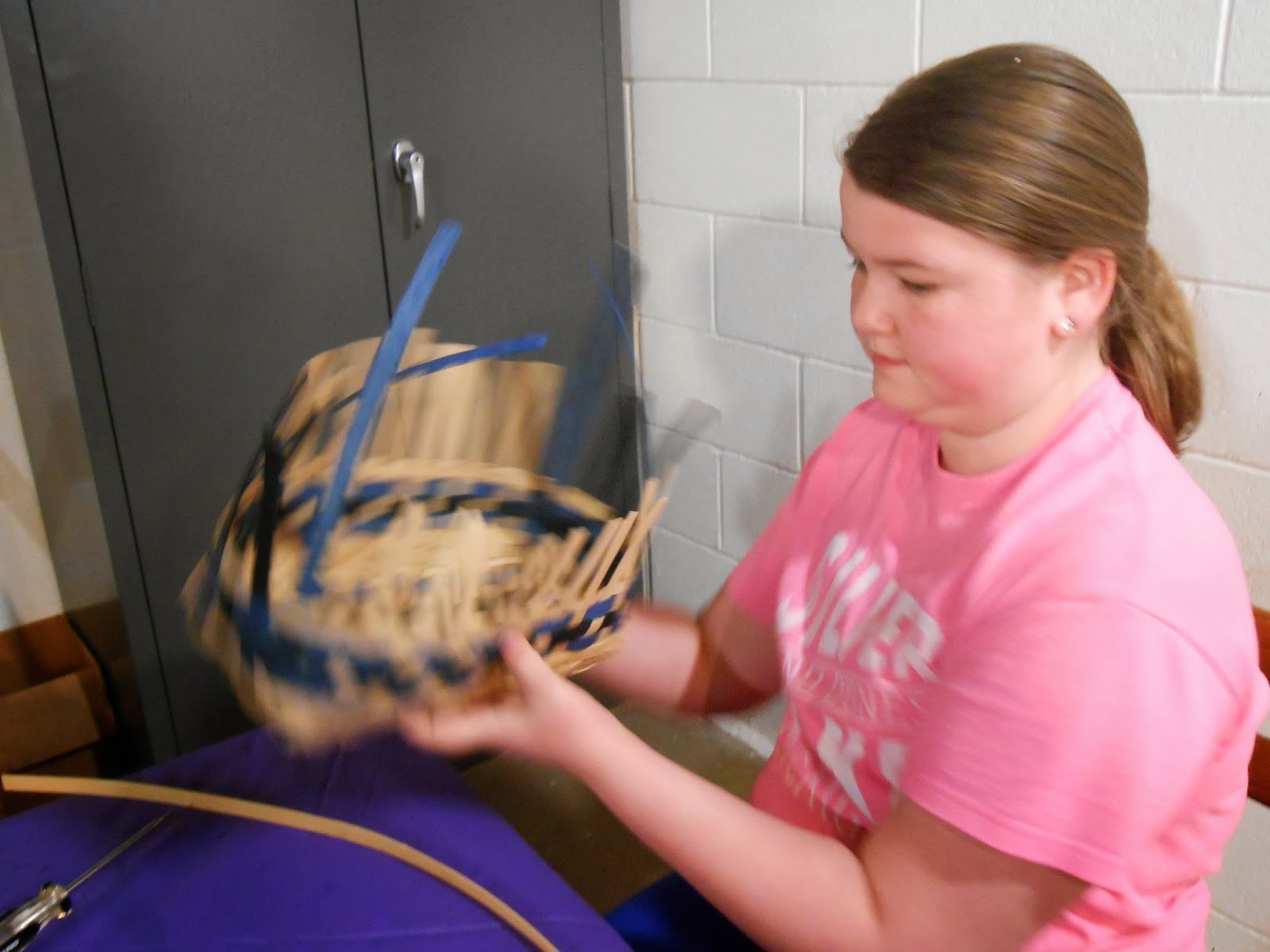 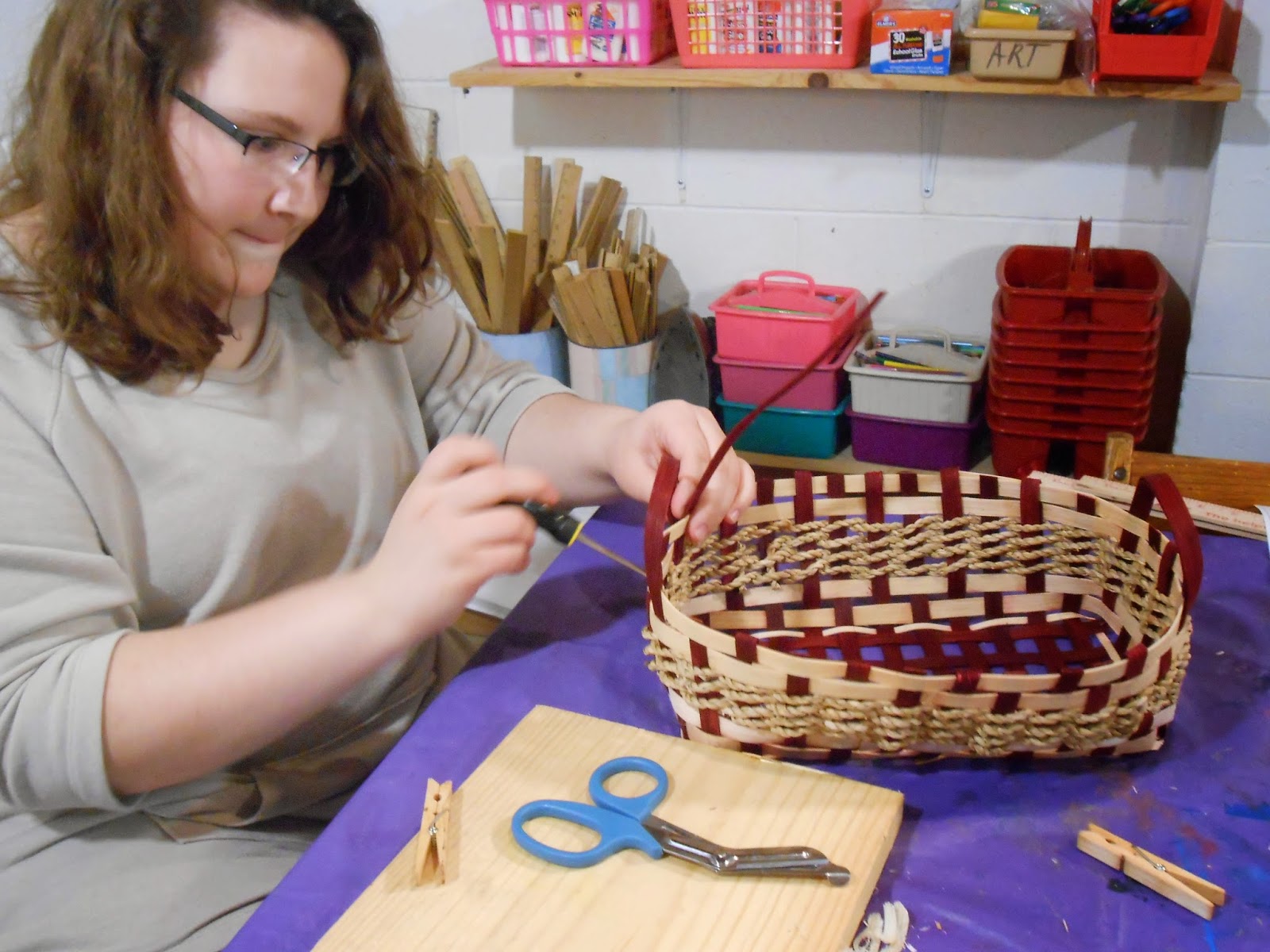 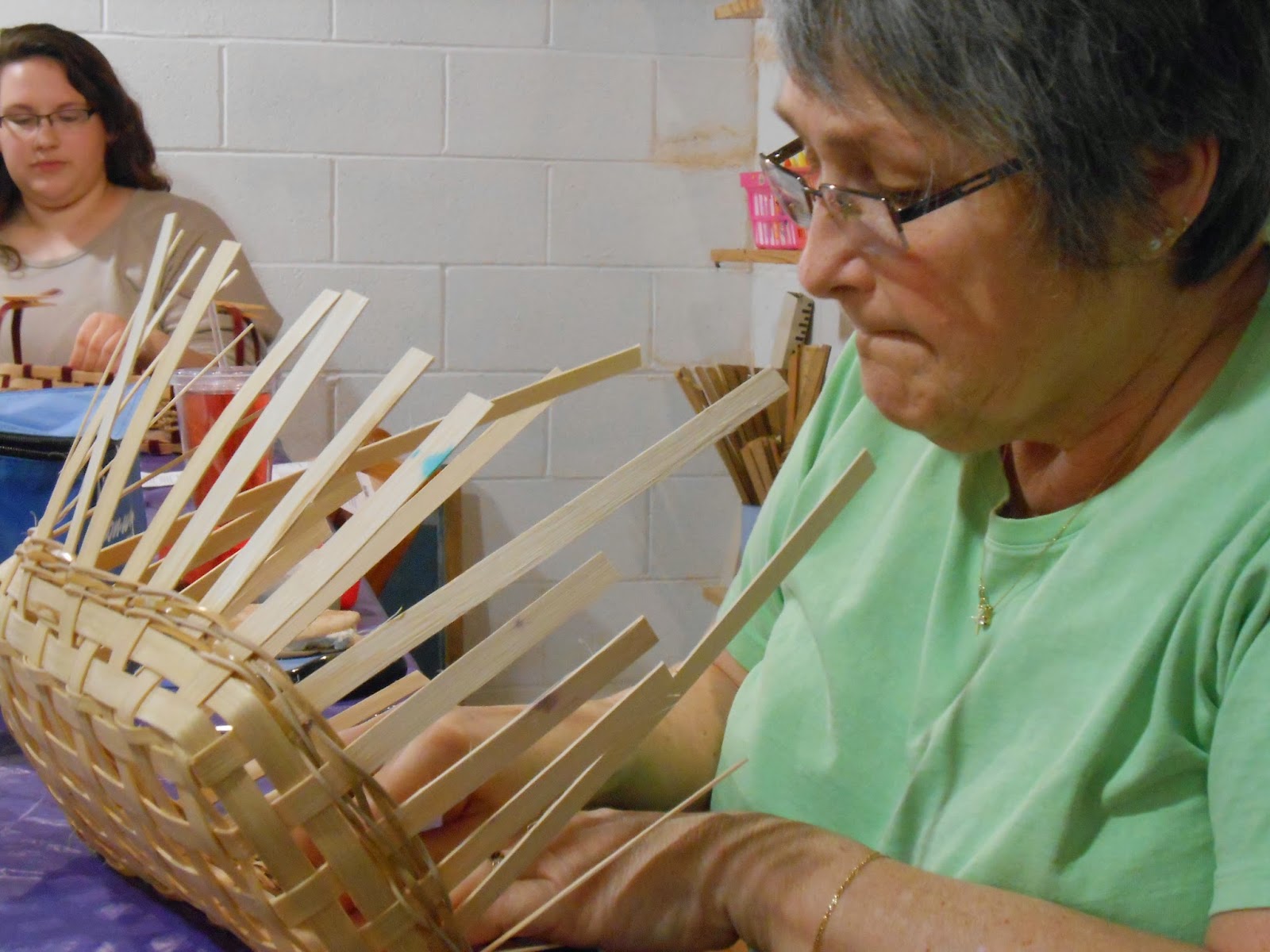 Each one of their projects, made from the same pattern, resulted in a basket that was totally unique to each individual. Every time I teach a basket making class I am amazed at the resulting projects. Every basket maker puts her (or his) own special spin on the project making it a work of art. All four of my class members left with a bread basket that they were proud of and eager to take home and show their family members. 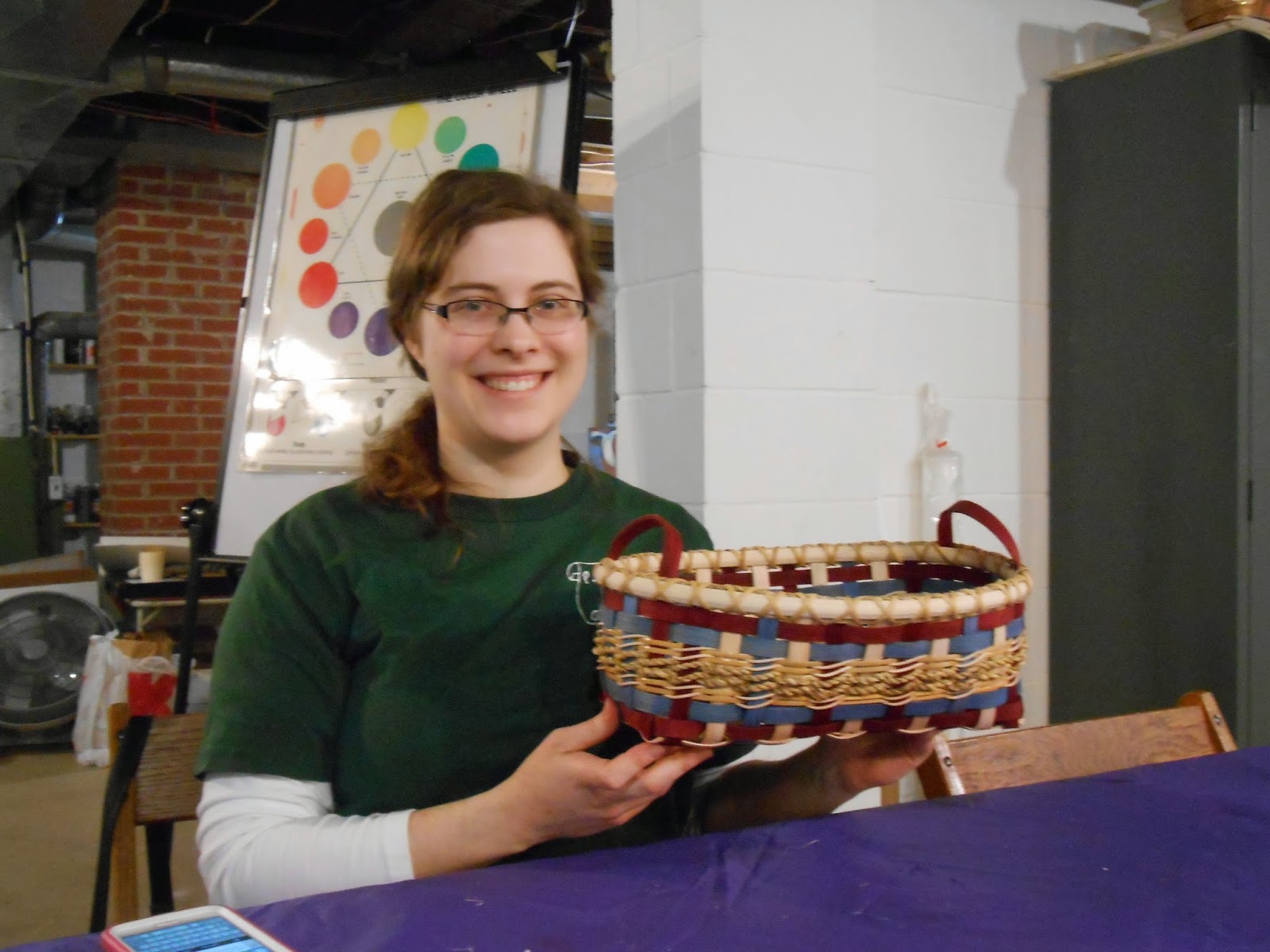 Shearing day is this Friday and the temperature is supposed to drop low enough later this week that we have overnight frost warnings from Wednesday through Sunday. The daytime highs will be warm enough for them but we may have to put a coat on little Mocha man. Though he doesn't look it with his full fleece, underneath it all he is still pretty small. I will post before and after pictures of all of the alpacas on Saturday. We are also opened on Saturday mornings for drop-in visitors if anyone wants to come out and see the "naked" animals. 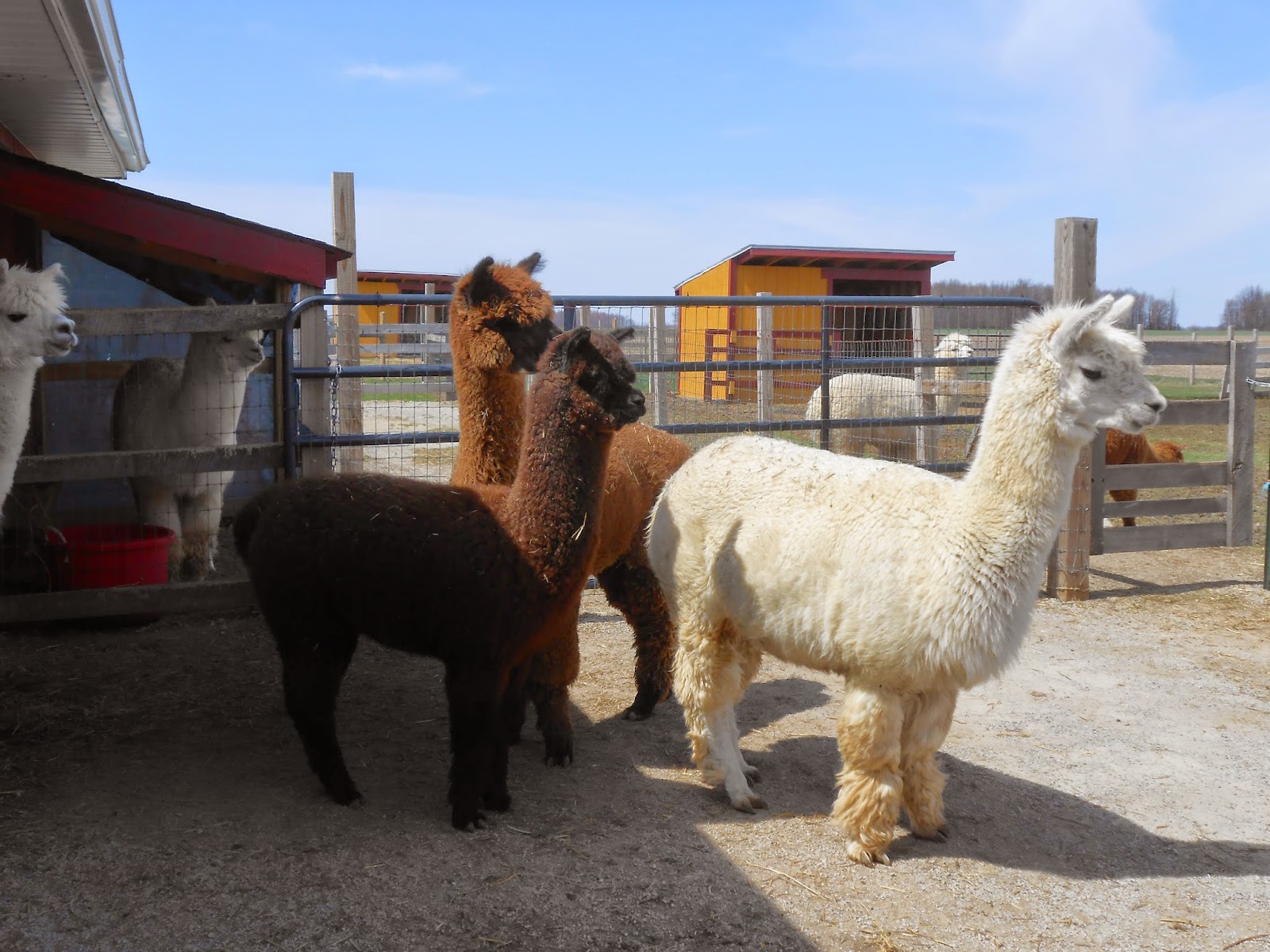 Each year when we bring them back from the shearing station and turn the alpacas loose into their pastures, they all go romping and pronking out into the grass and I'm sure it's because they feel so much lighter after all of that fleece is removed. Lately, our yearlings, Brutus and Asterius, have been feeling their oats and have been engaging in bouts of "neck wrestling" in their pasture. Once they are relieved of their heavy fleece, the two of them should be really feisty. I'm always amused by their antics. They run and pronk, chest butting each other as they pass by and circle around the pasture for another Pepe-le-Pew like pronk. If you want to see exactly what this behavior looks like just go to You.Tube and search for pronking alpacas. It always makes me laugh. 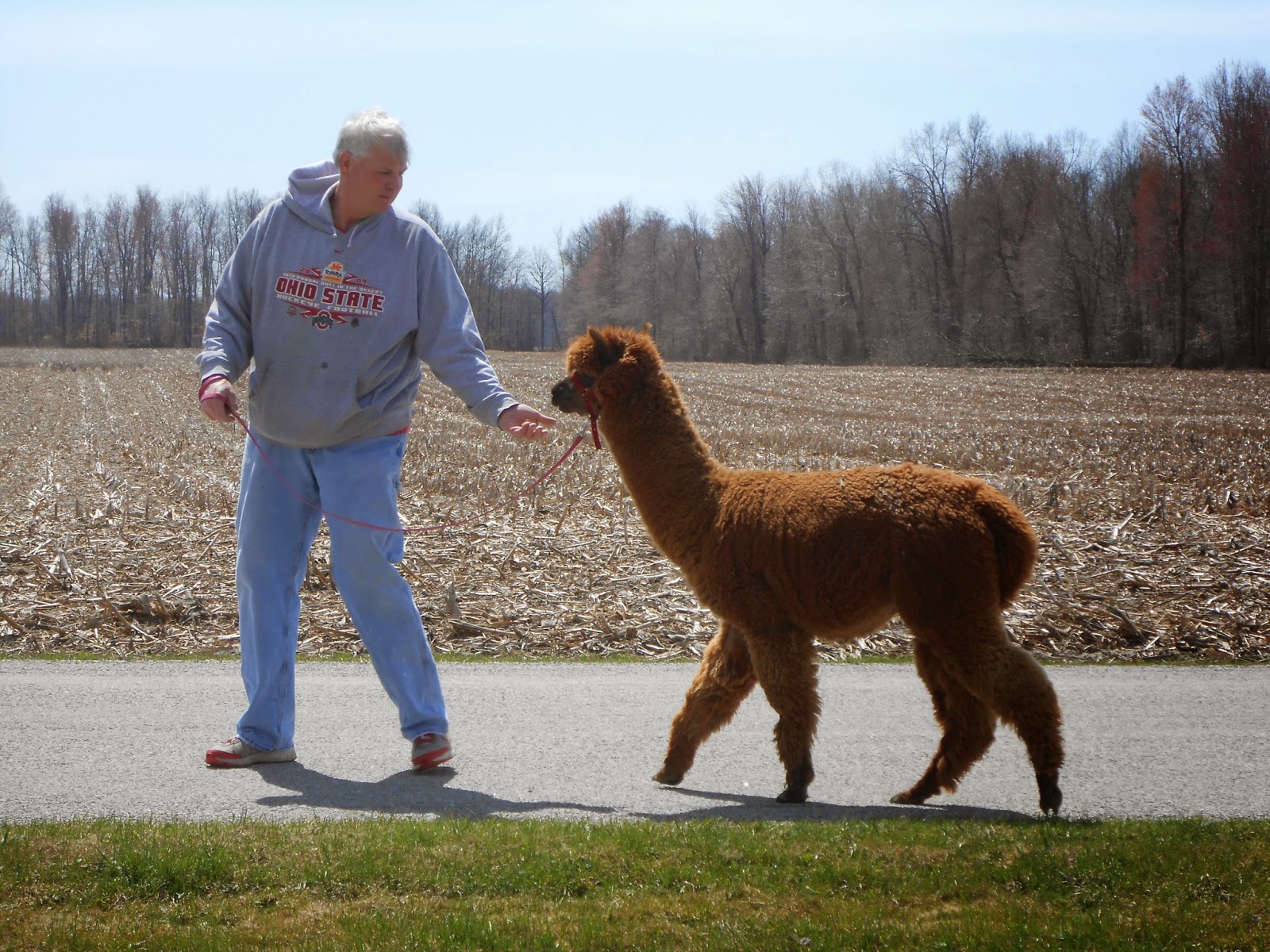 We took each of the animals for a walk one day last week when it was sunny. I always get a kick out of the double takes of people driving by when they see a fuzzy, Peruvian animal walking on a leash. Brutus, in particular, loves to walk on the lead. He's a cutie and perhaps my favorite of all the alpacas, mainly because, although he's mild mannered and very biddable, he is such a survivor, having lost his mama when he was only four months old.

We walked Mocha for the first time, too. Rich took his mama, Mango, and walked her on the lead. She's an old hand at this and followed Rich right out of the gate without balking. Mocha, however, hung back and was very reluctant to leave the safety of the barnyard, understandable since it was his first time. Once he realized that Mango was leaving him he gave in and followed me out of the gate. Mocha kept "maa-ing," crying for his mama the whole time we were walking. Although he was clearly befuddled he kept following Rich and Mango all around the yard and back to the pasture.

I don't expect that we will have any trouble getting him into the trailer this Friday when we take them for shearing. We take them in two loads, first Nikko, Asterius and Brutus and when they have been sheared we come back and take the girls and Mocha. Last year it went pretty smoothly and I'm looking forward to it again. Rich and I pitch in and help with our own animals and any others who need help. It's a long and arduous task but fun and very rewarding.

Just a reminder, we are gearing up for our spring open house on May 16th and 17th from 10-4 each day. See you then!