Oktoberfest and Other Weekend Fun!

Our Brutus and Asterius were a big hit at the Garlo Nature Park's Oktoberfest yesterday. So much so that they got a front page mention in this morning's Advertiser-Tribune, the Tiffin, Ohio newspaper. 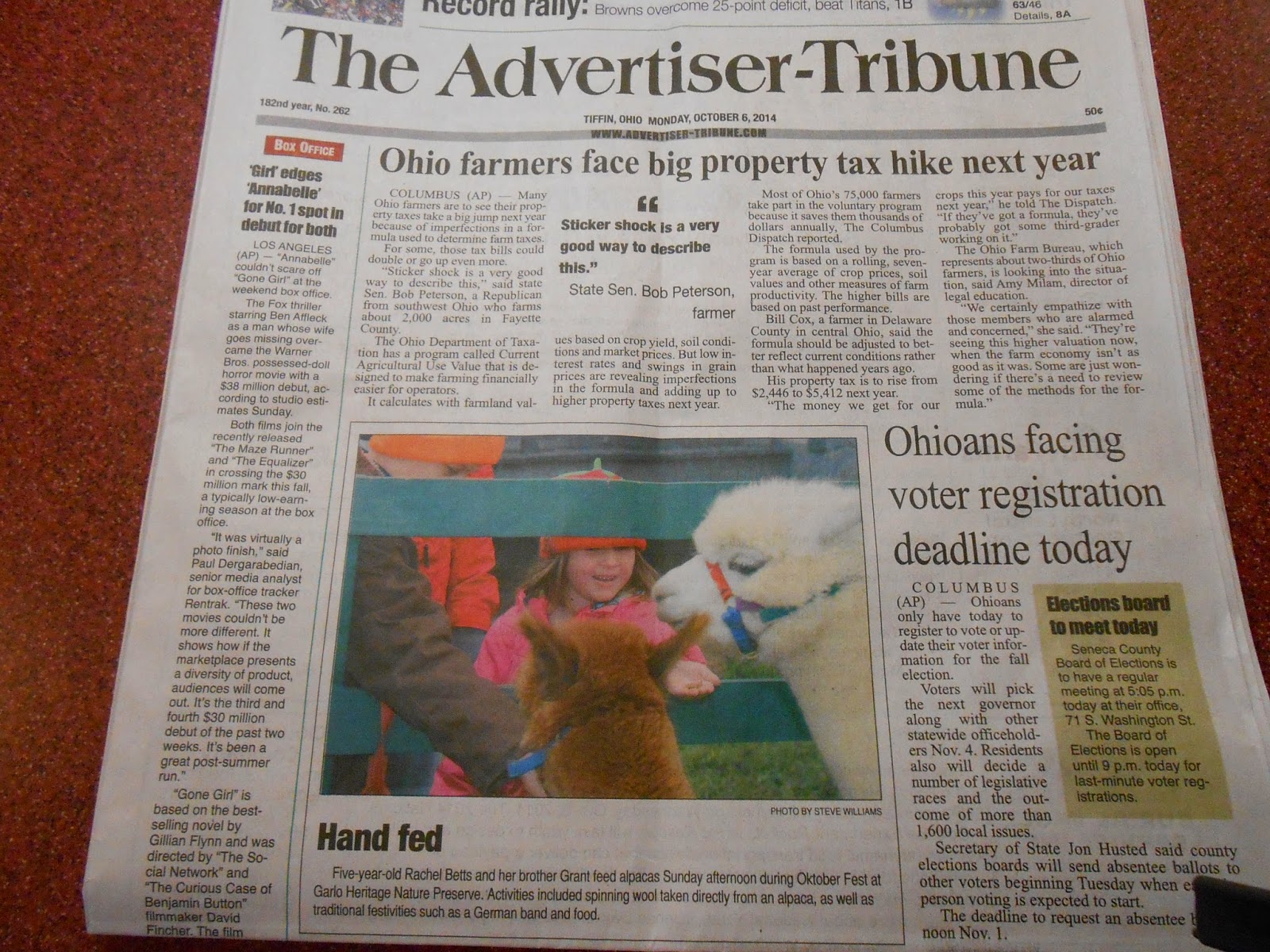 Although overcast and cool, it never rained and there was a steady wave of people beginning an hour before the official opening time until the event was over. I have been spinning there for three years now and kids and parents alike are interested in how fleece is turned into yarn. This was the first year that we took animals along and the boys were a big hit. In the picture above the kids were feeding treats to the alpacas, who eagerly gobbled them up as usual. Rich spent the day stationed by the pen which was located between the two log cabins on the property. He had a chair but, of course, got a chance to visit the cabin that housed the German Bakery where he bought a couple of springerlie cookies and a very large peach streuselkuchen, or peach cake with streusel on top. Karin Brown was in charge of the bakery and is as authentic as the German products sold there; most of which she bakes herself. This is one of the most popular stops in the park. 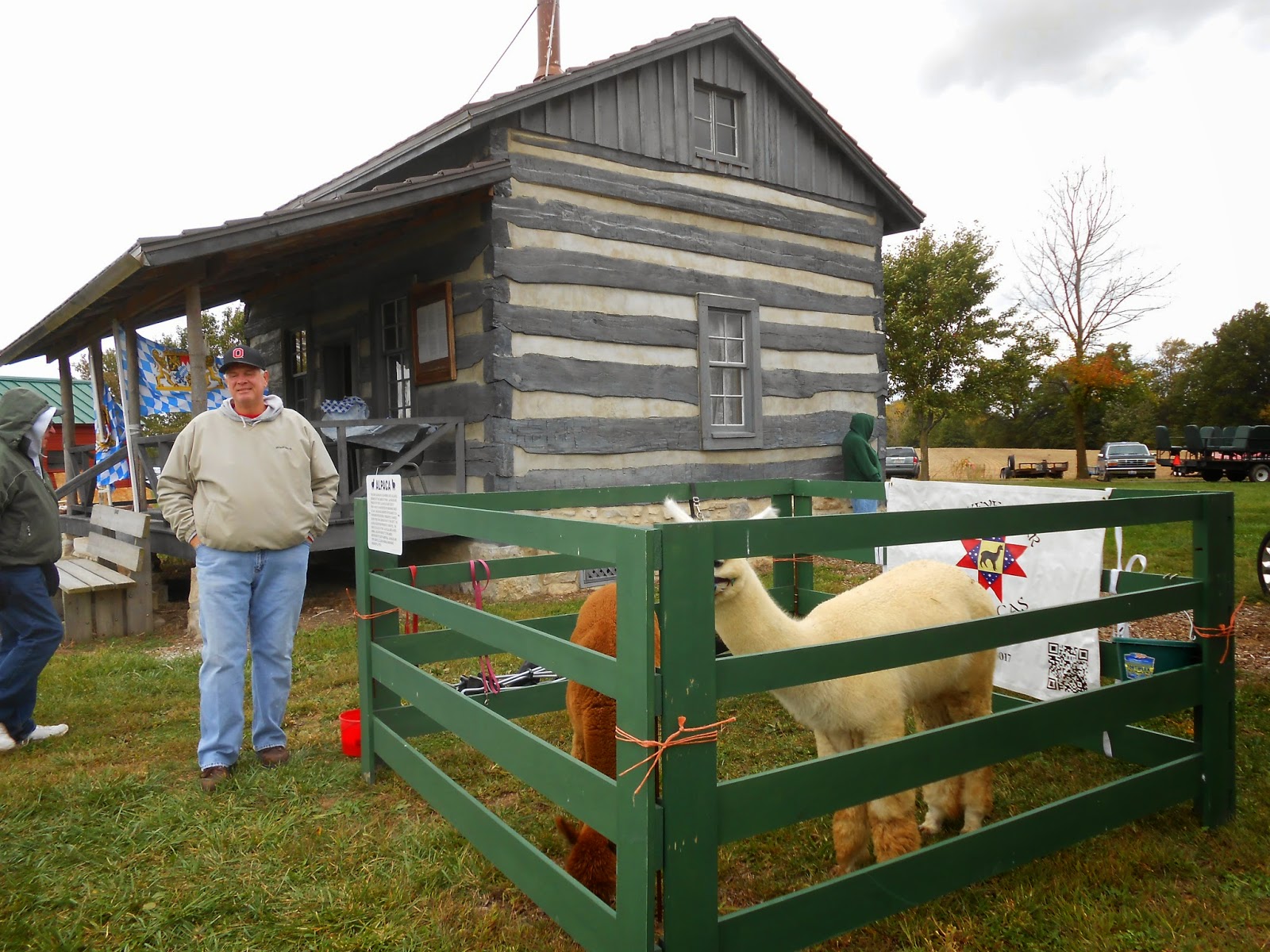 I spent most of the day in the wood-stove-heated cabin next door to the bakery cabin, spinning yarn from Brutus's baby fleece. Like the two years previously, I met so many people who were genuinely interested in the spinning process. One little boy named Henry, was so enthralled with the spinning that he parked himself on the floor, cross legged in front of the wheel to watch. I told his parents that he is either going to be a fiber artist or an engineer. He seemed equally interested in the mechanics of the wheel and how the fiber was turned into yarn. Kids like this make the whole hassle of hauling pens, animals, hay, water buckets, spinning wheel, chair, and yarn products the four miles to the park and then back home again. 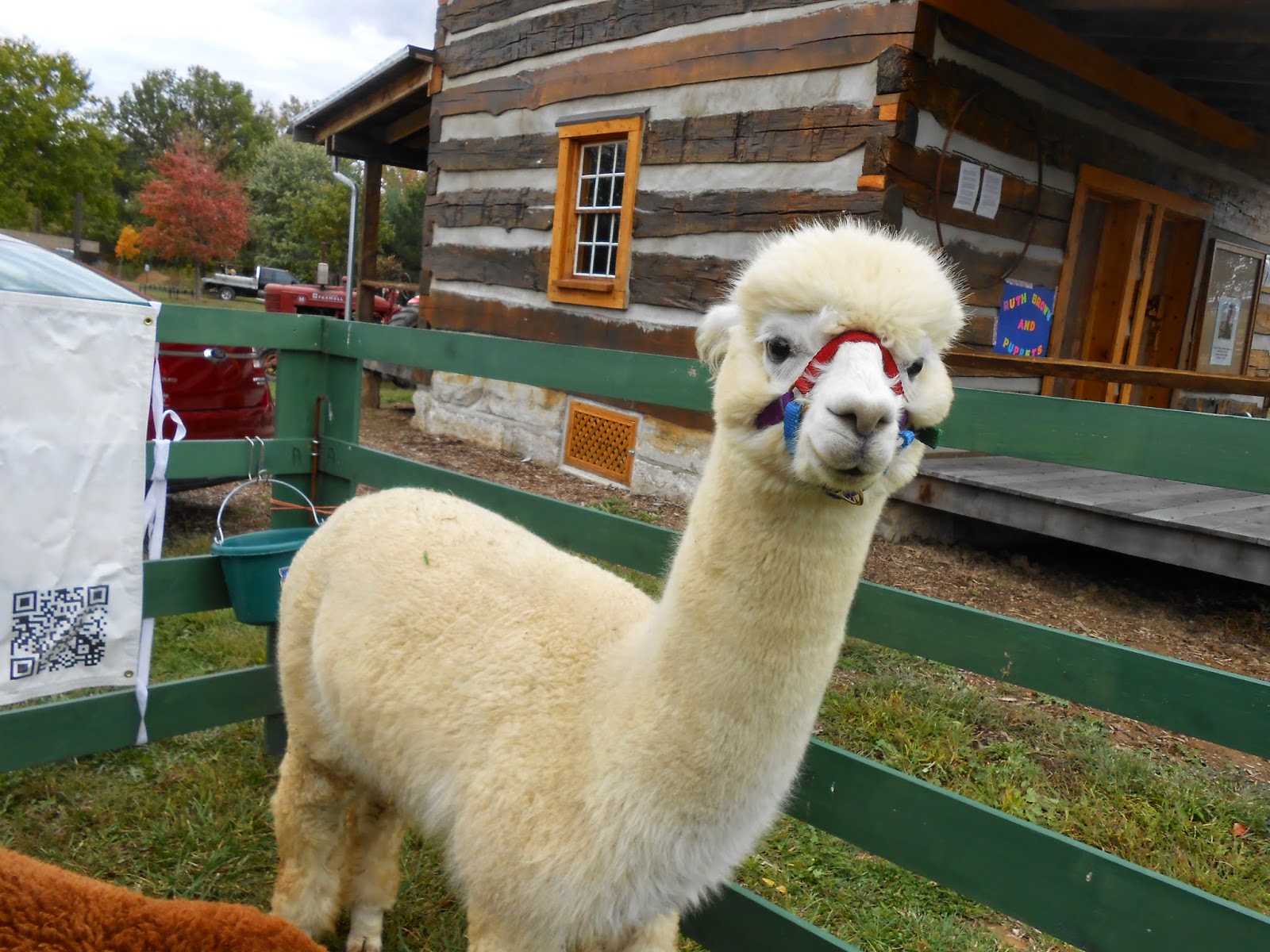 Rich and I had driven up to Dearborn, Michigan on Friday afternoon to spend the night at the Dearborn Inn. A few years ago we discovered that this is a lovely place to stay for a relaxing weekend getaway. We combine this with a visit to either the Henry Ford Museum or Greenfield Village and have always had a great time. This weekend was the annual Fall Flavor Weekend. We had attended this event last year and enjoyed it so much that we decided to go back. When we arrived at the inn we were greeted with an unexpected upgrade to a suite in The Patrick Henry colonial home because so many weddings were scheduled that the actual inn was fully occupied with wedding guests. Our good luck!

On Saturday we walked all over the village, enjoying the farmer's market and all of the period specific cooking demonstrations in each of the historic homes of the village. My favorite, and I think Rich would agree, was the outdoor beer making demonstration. The young man dressed in the costume of the period was making beer over an open fire from George Washington's own recipe. Besides being a great demonstration, we enjoyed a lively conversation about the ingredients and the process of beer making with him.

With Oktoberfest following so closely after our trip up north, needless to say both Rich and I were pretty much exhausted last night. We decided to retire after the evening news at 7 p.m. (I know if my kids were reading this, which they never do, they are making fun of us for being old fogies!) We turned  on the TV and I promptly fell asleep. Rich said that he was not awake much longer than I. Though we will probably stay up a bit later this evening, I'm sure we'll sleep just as soundly again.