Oh my gosh! I cannot believe that it has been almost two weeks since I last wrote a blog post. Where does the time go? These cold, gloomy, blustery days just make me want to nap and knit; which I have done way too much of, by the way.

Today I had a wonderful farm visit with a lovely woman who I met last October when I did an all day spinning demonstration at our local nature preserve's Oktoberfest. When I do these demos and re-enactments I hand out my business card and tell people who seem interested to call and arrange for a visit to see the alpacas. Yolanda is the first person who actually took me up on the offer and I was so glad to welcome her and her daughters and their girlfriend this afternoon. It certainly made this glum day much brighter.

The animals put on a good show for our guests. In the barn the girls held out their hands with offerings of sweet feed for the alpaca girls, who obliged by nibbling the molasses/grain treat. If the kids were at all timid before meeting the alpacas, the feeling quickly dissolved after this experience. 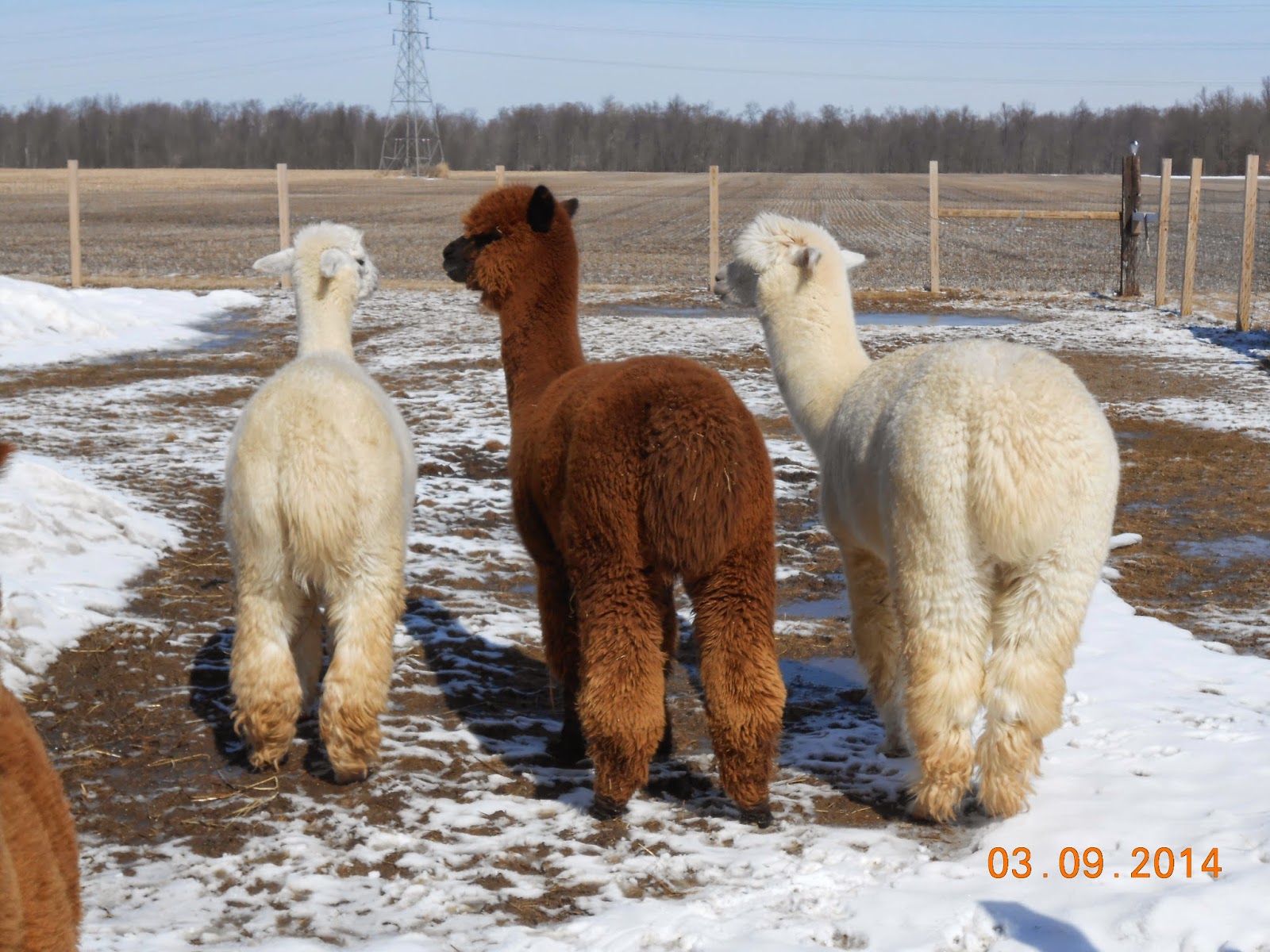 Took, Leezza and Mango hightailed it in the opposite direction when my visitors and Callie and I opened the barn gate and came into their territory. The boys were, as usual, very nosy and not at all intimidated by Callie or the strangers in their midst. They hung around their gate, eager for their sweet feed and apple flavored snacks. The kids were delighted by the boys, and Nikko even ventured one of his sniffy "kisses" for Yolanda who was brave enough to hold her face at his level!

Yolanda was busily snapping pictures of the girls and the alpacas while our Callie dog and the little boys, Asterius and Brutus, were sniffing each other out. Unfortunately, I was so busy "teaching" that I forgot the camera in my pocket. I didn't take even one picture of the visitors so you'll have to check out this old picture of Rich at the gate feeding treats to the boys and imagine two women and three girls and a black dog in place of Rich. 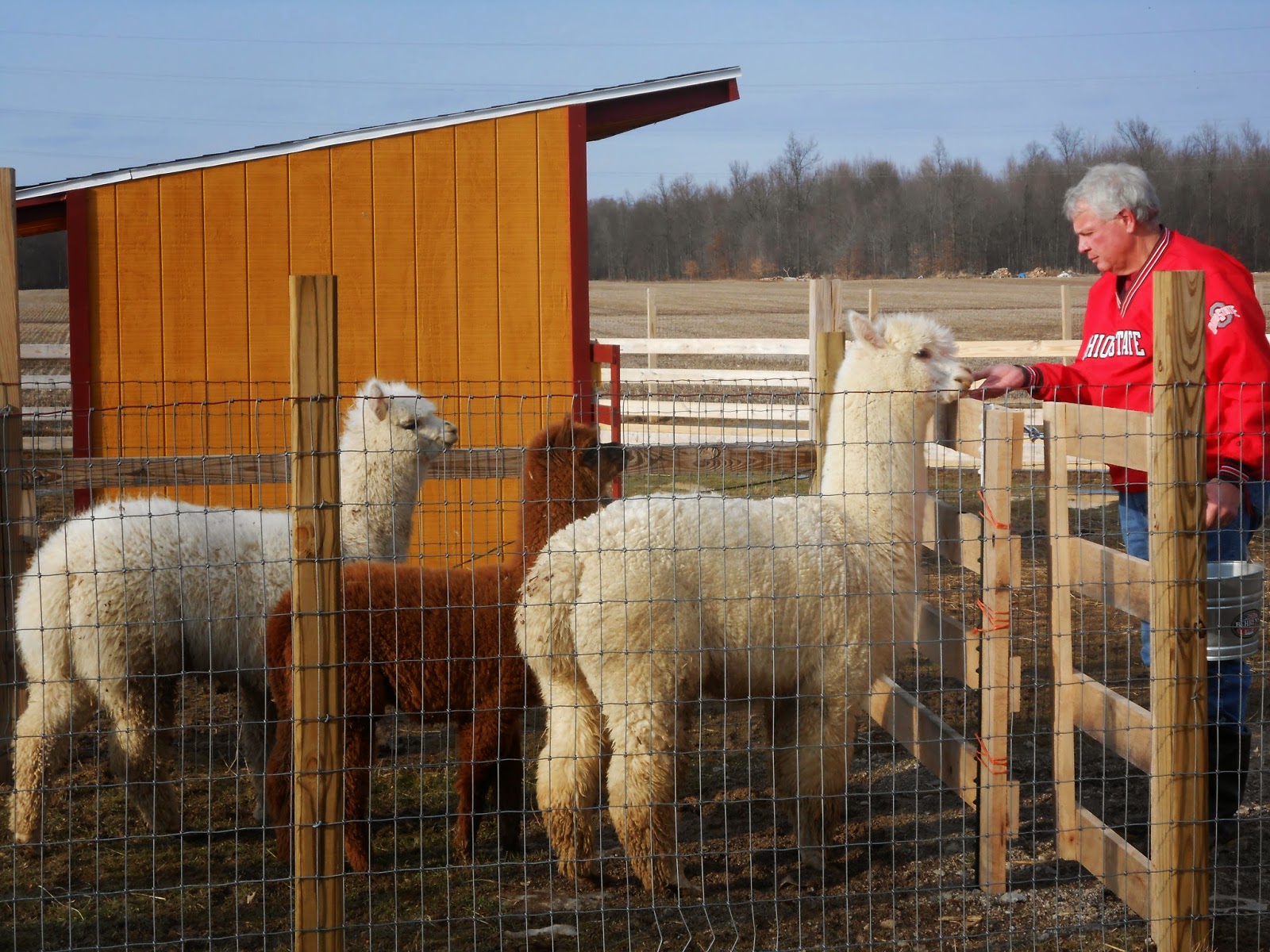 One of the children dropped an apple flavored snack onto the ground on the alpaca side of the gate and Callie, who loves the treats, too, flattened herself out and pushed her head under the fence to retrieve it. Her first attempt left her a few inches short of the treat when her shoulders got hung up under the fence. She backed up two or three times until she figured out how to push her head and one leg under far enough to achieve success and gobble up the treat. Callie is always entertaining and had us all laughing.

My guests left  with cheery promises to return when the weather is warmer and the pasture is drier. I look forward to seeing them again. 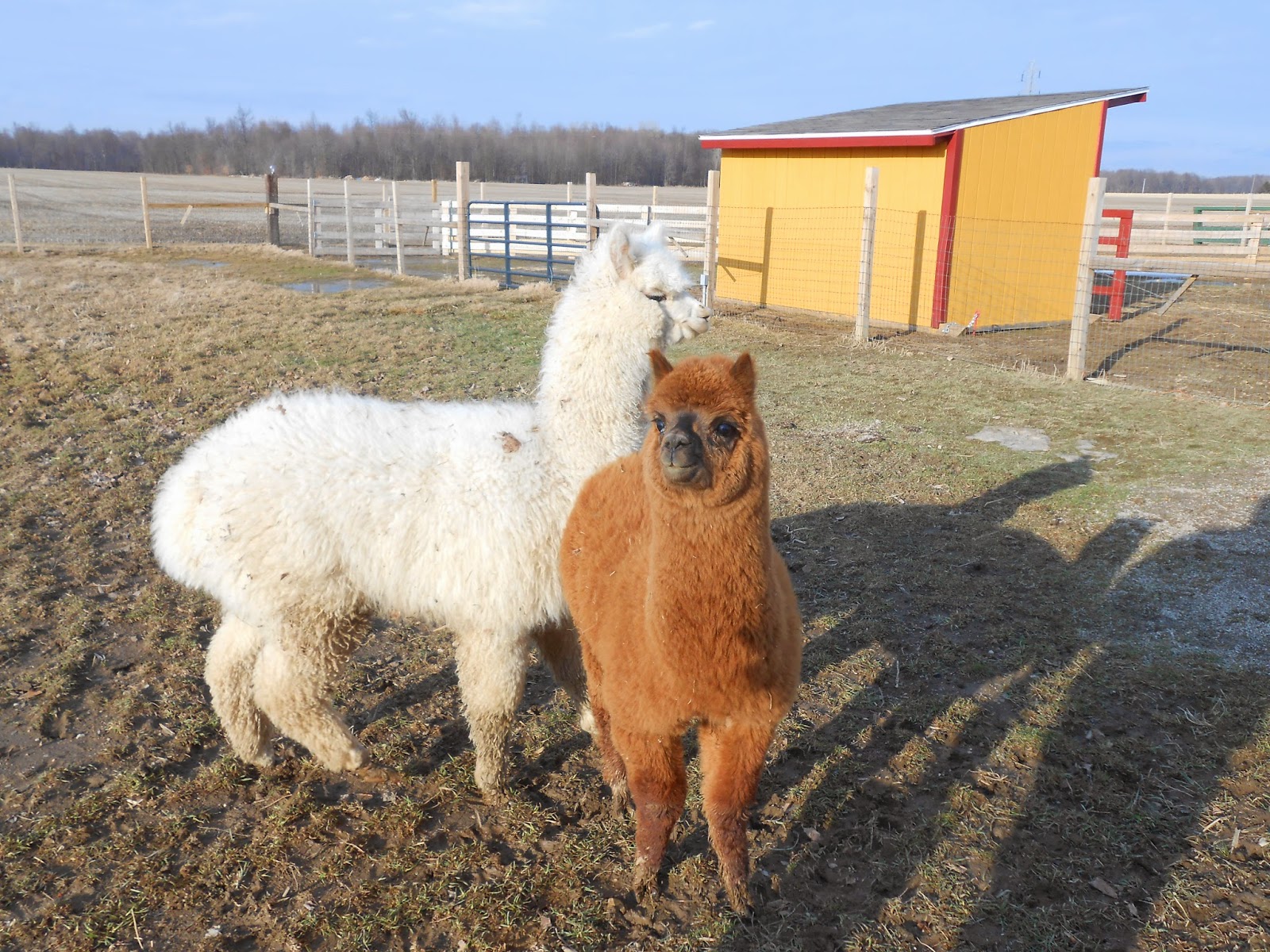 Asterius and Brutus have been in the big boy pasture for almost two weeks now and have adapted very well. Where Asterius was a bit confused when we released him into the pasture with Nikko, Brutus just ran on in and headed for his friend. The difference, I think, was that Asterius was being weaned from his mama, Took, while Brutus's mama, Firenze, had died and he had been without her for two months. Both of the little boys hang out together most of the time, grazing and sleeping side by side; while Nikko looks on seeming to guard them. On nights when the weather is windy and nasty, the two little ones sleep inside the condo and Nikko sleeps just outside the door. It's funny how each animal has a distinct personality and role in our small herd. 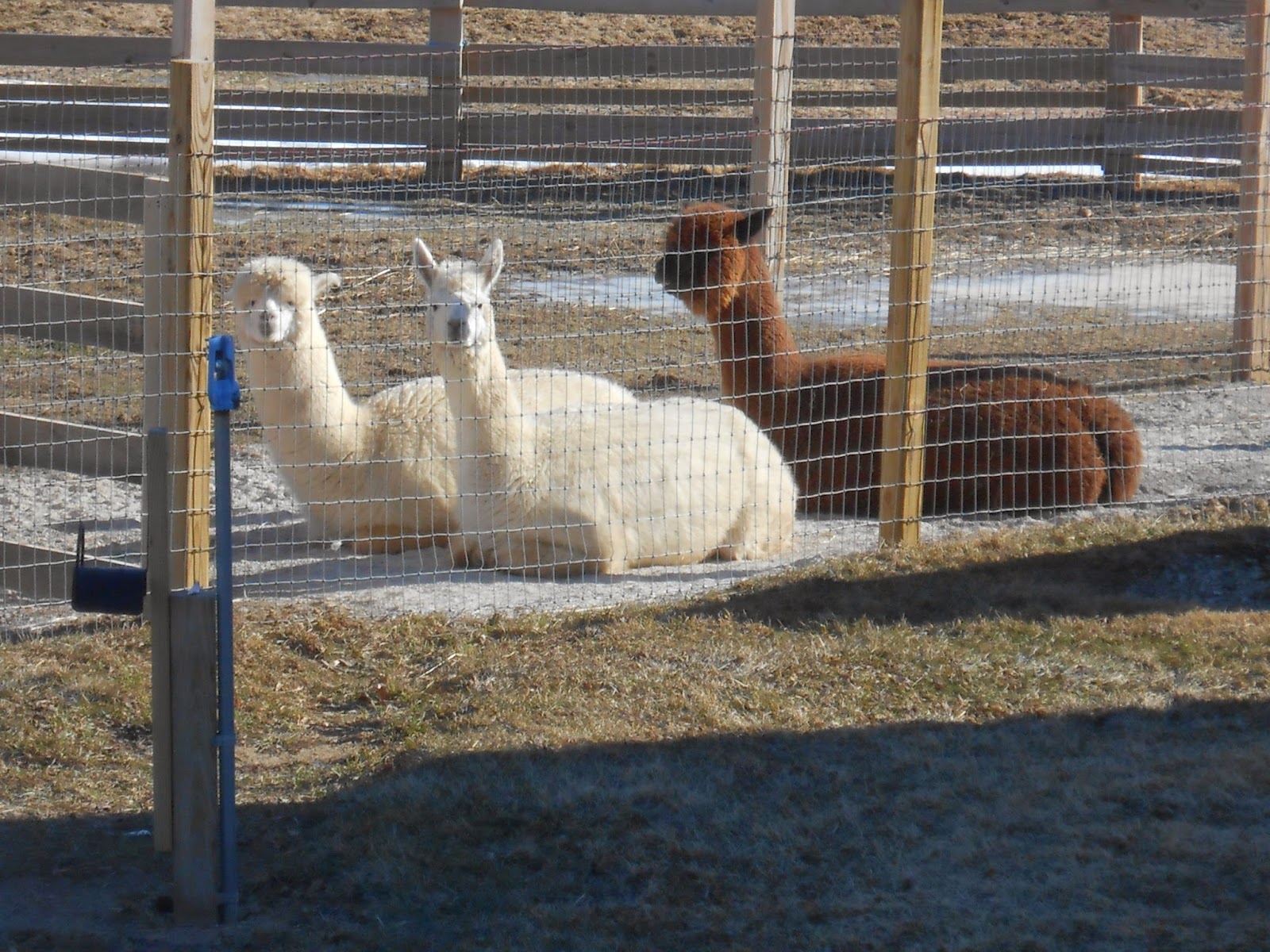